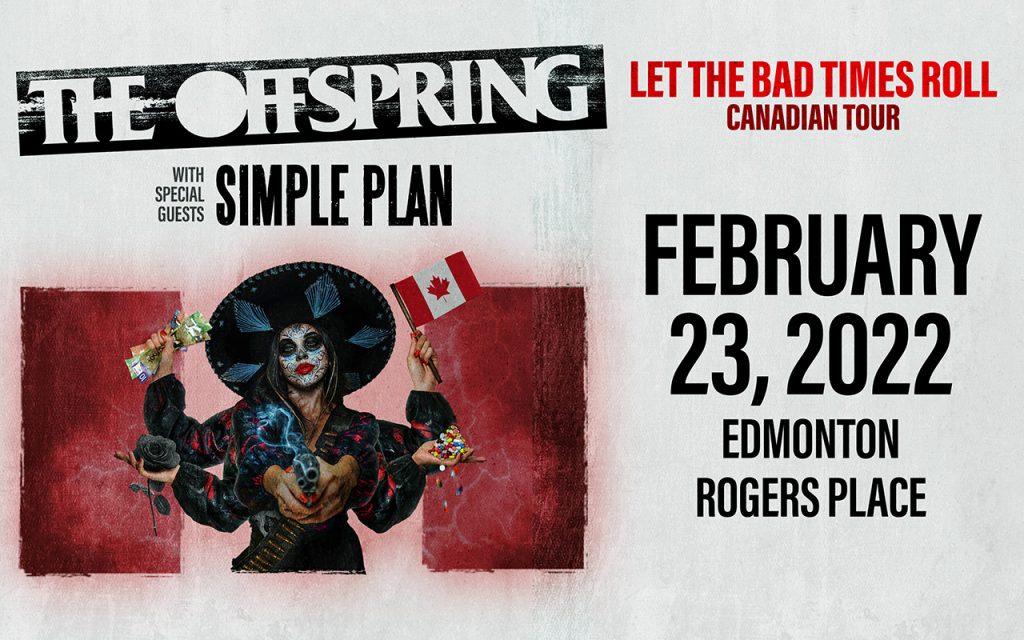 One of the biggest selling, most iconic and much loved punk rock bands of all time, and just ahead of the release of their brilliant and hugely anticipated new album ‘Let The Bad Times Roll’, THE OFFSPRING have announced a Canadian arena tour for this February, the ‘Let The Bad Times Roll Tour’. On top of this, support on all dates will be the Canadian rock favourites, SIMPLE PLAN. Having a tour with two such incredible bands comes around very rarely these days, and this tour is one not to be missed under any circumstances.

On top of the tour, on April 16th THE OFFSPRING will be releasing their first new album in almost a decade. Their massively anticipated tenth studio album Let The Bad Times Roll will be available on Concord Records and can be pre-ordered HERE.  The first single (supported by both Radio 1 and Radio 2 rock shows and added to the A list on both Kerrang! and Primordial A-lists) “Let The Bad Times Roll” is out now. The band have sold more than 40 million albums worldwide, won countless awards, and have toured consistently, playing more than 500 shows in the last decade alone.  Their music has had a lasting impact across film, television, and video games, making THE OFFSPRING a truly global phenomenon. The band is now comprised of singer Dexter Holland, guitarist Noodles, drummer Pete Parada and new bassist Todd Morse.