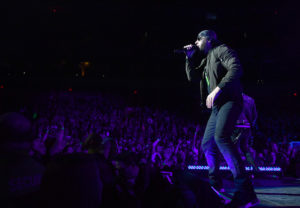 Avenged Sevenfold was larger than life, and really came alive in concert. There was no doubt they don’t love each and every one of their fans.

“There’s nowhere in the world we’d rather be than here, and that’s the truth,” M. Shadows said to the crowd.

The last time they were in Edmonton was August 2017, when they opened for Metallica. The lead singer, M. Shadows, said he promised the crowd at the time that they’d be back soon, and six short months later, they delivered. 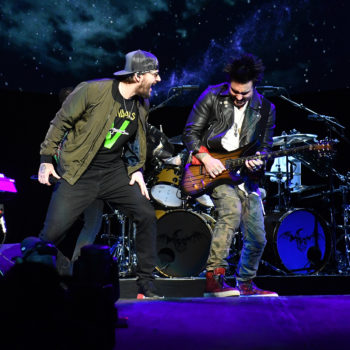 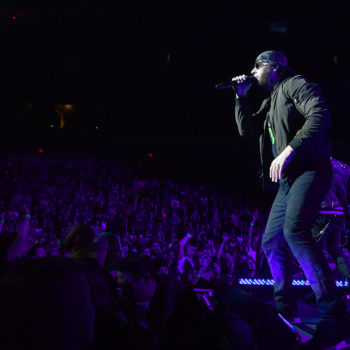 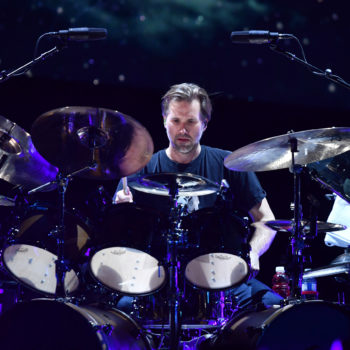 The band impressed their fans with their intense sound and musicality, kicking things off with “The Stage”, a single off their newest album that was nominated at the 60th Grammy Awards for “Best Rock Song”. The crowd was hooked right off the bat, crowding the stage on the floor, trying to get as close to the group as possible. Near the back of the floor section, a mosh pit formed and persisted throughout the duration of the show.

M. Shadows first engaged the crowd after their second song, “Afterlife”. He took a moment to welcome fans to the concert and wish drummer Brooks Wackerman a happy birthday; he had the whole arena sing him the birthday tune. The crowd kept the energy up, chanting Brooks’ name as the band went into “Hail to the King”, a hit from their 2013 album.

The arena went silent as M. Shadows took a moment to pay tribute to Jimmy “The Rev” Sullivan, the group’s former drummer who passed away in 2009.

“Live each day to its fullest because you never know when you’re going to lose someone you love,” M. Shadows said.

A video of the former band member played on the screens set up behind the stage. It ended with him saying, “We love each other,” before the screens faded to black. The crowd started chanting “Rev” before the intro of “So Far Away” rang throughout Rogers Place – a song that was written for The Rev after his passing.

Shortly after, they played “Welcome to the Family”, a hit where the bulk of the lyrics were written by The Rev, a song that could also have been considered as a welcoming to Mike Portnoy, who toured with the band in 2010 — the same year the single was released — following the death of the drummer and founding member.

Energy from both the band and the crowd stayed high throughout the concert. Avenged Sevenfold kept the crowd engaged as they utilized the full stage, performing on all corners and down the centre catwalk.

Avenged Sevenfold played for almost a full two hours. The night was all about the music; there wasn’t much conversation or many theatrics, and that’s exactly what fans expected.