Edmonton – The Edmonton Arts Council and City of Edmonton unveiled the concepts for the three final public artworks that will be created for Rogers Place. The pieces were selected through an international, national and local call for artists, and join the artwork by Alex Janvier announced earlier this year to complete the series of four pieces of public art for Rogers Place. 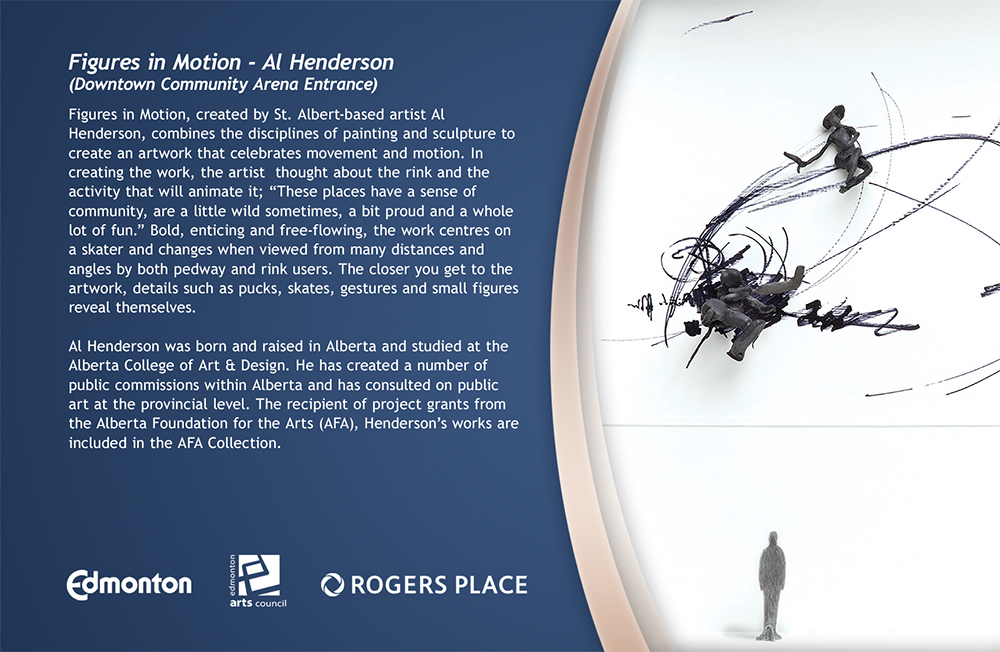 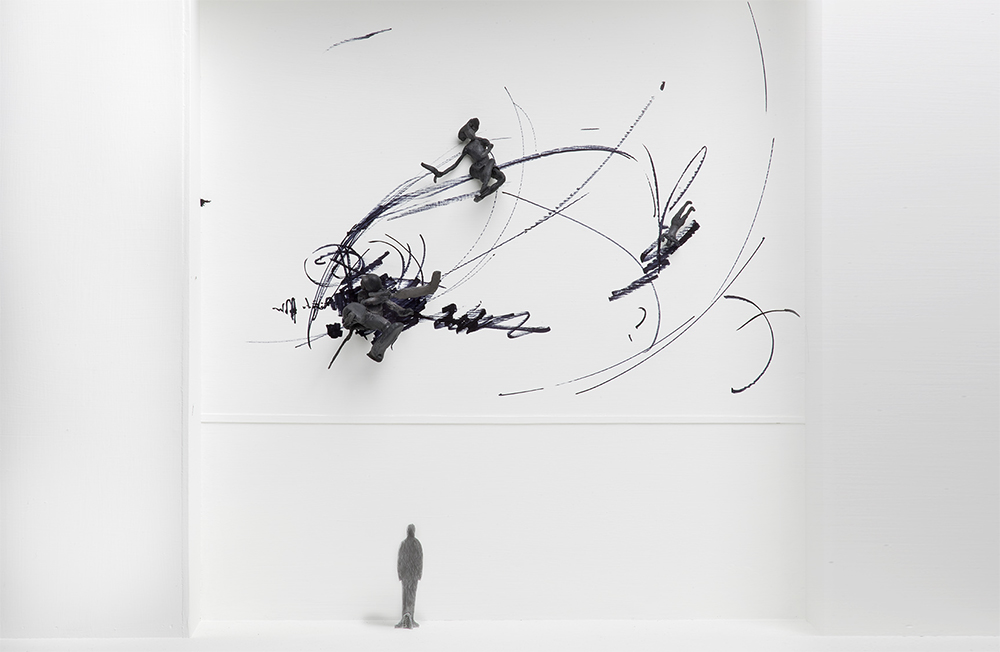 Rendering of Figures in Motion, by Al Henderson. 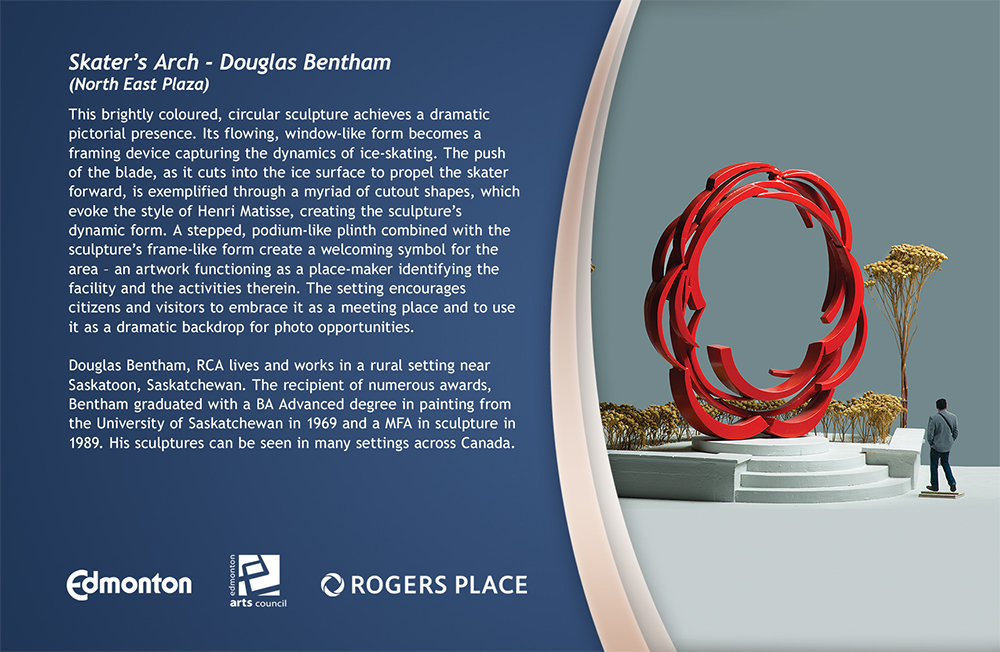 “The public artworks for Rogers Place will become well-known places in and of themselves,” said Paul Moulton, Executive Director of the Edmonton Arts Council. “For example I can see people saying, ‘I’ll meet you under the tree,’ posing for photographs on the steps in front of Skater’s Arch, or seeing the details of Figures in Motion emerge as they move closer to the art. Like Rogers Place itself, the art invites Edmontonians to come out and have fun!”

“The art is in the public areas where it can be enjoyed by all,” said Rick Daviss, Executive Director with the City of Edmonton. “These artworks will add visual interest and character to Rogers Place, which is already becoming a signature area in Edmonton.”

All four major public art commissions for Rogers Place are part of the City of Edmonton’s Percent for Art policy, which dedicates one per cent of qualifying construction costs to acquiring public art in City infrastructure. The Edmonton Arts Council manages the selection process, acquisition and conservation of Edmonton’s public art.