Your Garth Brooks Part I Encore 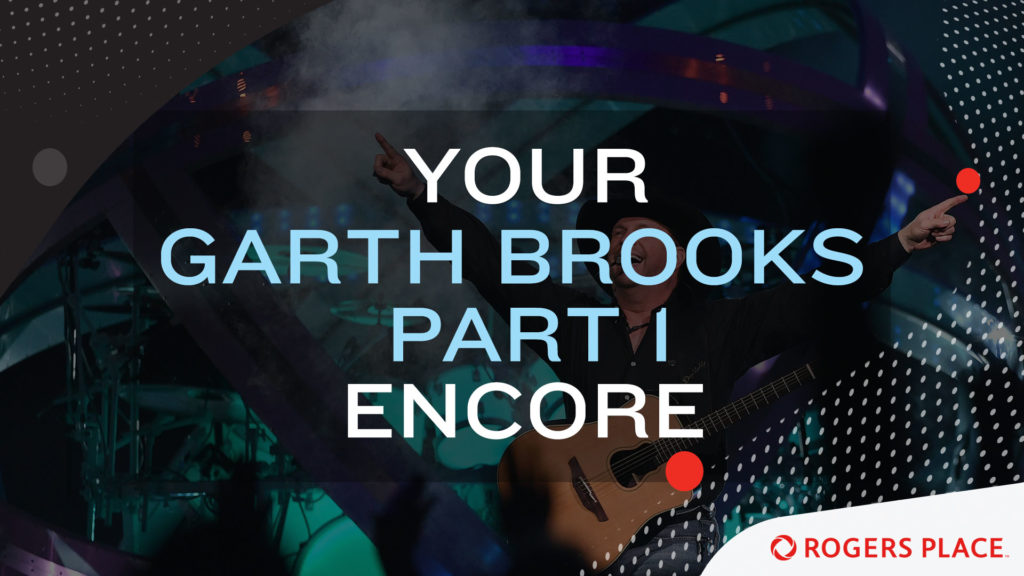 Garth Brooks and Trisha Yearwood opened up their first of nine shows at Rogers Place on Friday, February 17. With a total of five shows played on the weekend, Brooks will return to the stage Thursday, February 23 for the final weekend of Garth-mania! 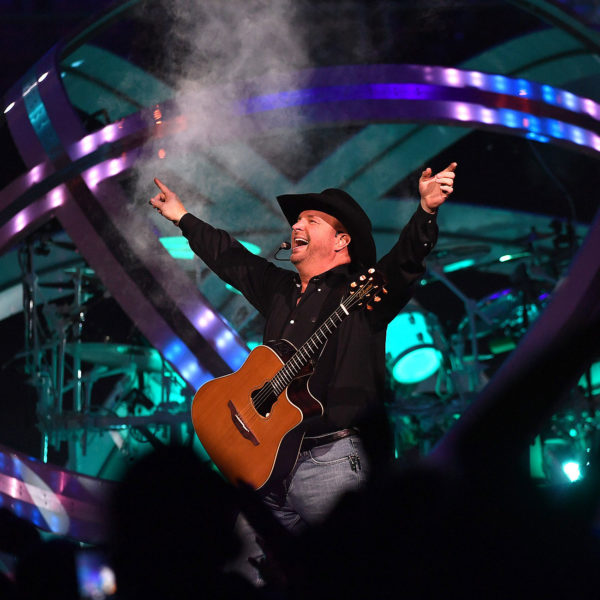 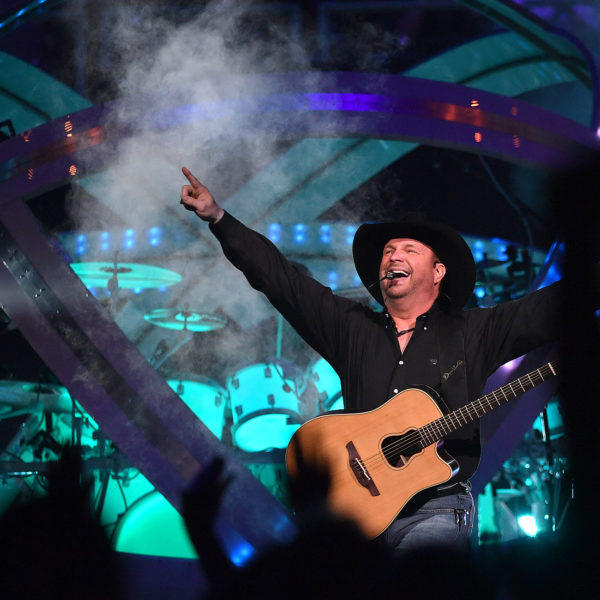 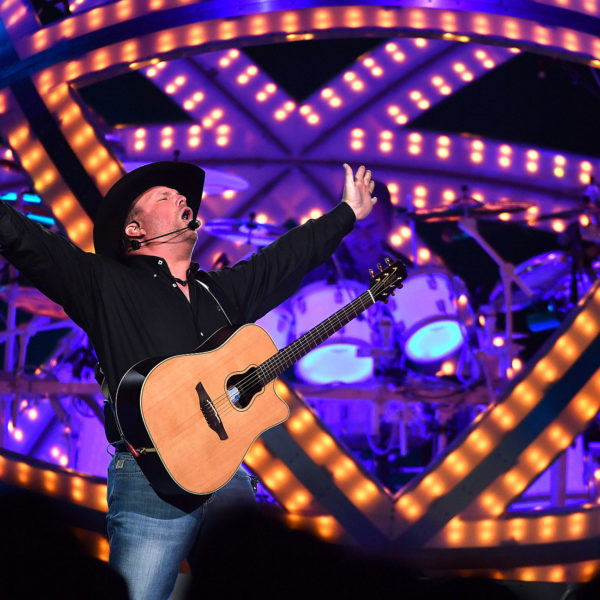 Edmonton 1st of 9! Never seen so many tweets in a city! We are ready if YOU are!!!!!!! love, g & t <ahref=”https://twitter.com/hashtag/GARTHinEDMONTON?src=hash”>#GARTHinEDMONTON pic.twitter.com/3VMRCr5wtj

Who’s ready for day two of #GARTHinEDMONTON?! With two shows today, can it be even more amazing than last night?! https://t.co/ivbyR0li0K pic.twitter.com/99iQiQhm1w
— Rogers Place (@RogersPlace) February 18, 2017

The stage is set, now all that’s left to do is wait for @garthbrooks & @trishayearwood to take the stage! Who’s ready?! #GARTHinEDMONTON pic.twitter.com/cWJy4EEtMr
— Rogers Place (@RogersPlace) February 18, 2017

@garthbrooks @RogersPlace amazing show. One of the best concerts I have been to. Thanks for an amazing experience.

@ReidFiest @garthbrooks @RogersPlace enjoy…I was there for the 3:00 Saturday show it was incredible. Rogers Place is beautiful

Simply speechless. #GarthInEdmonton was phenomenal! And that might be an understatement. @RogersPlace @garthbrooks #YEG pic.twitter.com/atx82ciHfA

Awesome afternoon at @RogersPlace but the best part of @garthbrooks show was his encore. Playing bits of songs for fans that request. #slick
— Chris Kooman (@koomanskitchen) February 20, 2017

Shout out to Guest Services @RogersPlace , for better seats. Shout out to @garthbrooks for an amazing outstanding show. pic.twitter.com/VJ6AOQuHkP

Amazing job @RogersPlace staff! Friendly, happy and helpful even though I’m sure it’s been an incredibly busy weekend for you. Well done!

Wow, @garthbrooks really knows how to put on a show. Absolutely incredible from start to finish! And awesome to have @RogersPlace so loud!
— Gerard Murray (@GMurray237) February 19, 2017

Hey @garthbrooks thank you for your amazing show inEdmonton tonight @RogersPlace. Our soon to be born child loved it! #GarthBrooks #yeg #yql pic.twitter.com/kZIXIUANIl

Beautiful new place @RogersPlace what a venue for the Garth Brooks concert!

As a concert lover, THAT was an epic amount of energy! What a class act and incredible show! #yeg #GARTHinedmonton #GarthBrooks @RogersPlace pic.twitter.com/T8PfPDCxjC
— Passports & Pigtails (@MomsWanderlust) February 19, 2017

Wow! @garthbrooks didn’t disappoint and I’m in love w/ how much he loves his wife @trishayearwood❤️AMAZING concert in #yeg at @RogersPlace! pic.twitter.com/ayDkSj1Mwi
— Lisa Allen (@lisa_cbastylist) February 19, 2017

This just in. The remaining 8 @garthbrooks shows are outdoor shows because he just blew the roof off of @RogersPlace pic.twitter.com/MOy4mI0cOw

So this really happened…HA! And a whole lot more! love, g #StudioG

Edmonton THANK YOU for 3 AWESOME nights!!! 5 shows down, 4 to go!!! I LOVE you!!! love, g #GARTHinEDMONTON #yeg pic.twitter.com/iAN6XYeJZh

We’re ready for you Garth! What better way to end my time in Alberta than with a Garth Brooks concert ? #garthbrooks #rogersplace #edmonton #alberta

Life is about making moments. Last night, I got to relive one in a different way. The last time Garth Brooks was in Alberta, I was in grade 8 and I went with my parents. Not only was it the most outstanding show I had ever seen (even until now), but my parents enjoyed the show together so much. Standing here last night, you could just feel his genuine passion. You could feel the electricity through the center and it was easy to feel in the moment. I am so fortunate to have had that experience last night. #GarthInEdmonton #GarthBrooks #CountryGirl #Fortunate #ThankYouGarth @garthbrooks #GarthBrooksWorldTour #yeg #edmonton #RogersPlace #traveler #travelling #wanderlust #LiveMusic

So this really happened…HA! And a whole lot more! love, g To watch it on #StudioG click link in bio or go to Facebook.com/GarthBrooks #garthinedmonton #yeg 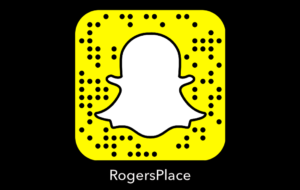 Rogers Place is now on Snapchat! Follow along for a behind-the-scenes look at what’s going at Rogers Place.