Nicholson confirmed a three-day PBR event will anchor a 10-day “western lifestyle festival” in Edmonton that will align with Farmfair International and include hockey games and other live entertainment.

“We are excited to have found an amazing partner in PBR and WME | IMG,” Nicholson said. “They have a proven track record of success in the western lifestyle genre and in growing a globally successful brand. PBR is now one of the 10 most popular sports in the U.S., competes in five countries, and is now available in nearly half a billion homes around the world.” 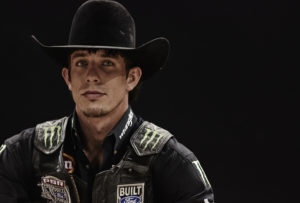 “Edmonton is an outstanding market for PBR to continue to grow the sport,” added Sean Gleason, CEO of Professional Bull Riding Inc. (PBR). “PBR is very excited to partner with the City of Edmonton and Oilers Entertainment Group to bring the world’s best bull riders into beautiful new Rogers Place.”

Gleason said he sees Edmonton becoming PBR’s primary Canadian hub, just as Las Vegas is central to the PBR’s success in the United States, where TV ratings are up 33 per cent this year and attendance records are being set.

Not only will WME | IMG assist in bringing PBR to Edmonton, Nicholson said OEG’s new partner will be a tremendous asset for attracting other events and opportunities to Edmonton.

“They are a global sports, entertainment and fashion company and share our vision to bring new and exciting programming to Edmonton, centred on Rogers Place and ICE District,” he said.

Stay tuned for more announcements surrounding the western lifestyle festival, in addition to other Rogers Place events, in the coming weeks.

In a related announcement on Thursday, the City of Edmonton made the decision to not proceed with its bid for the 2017 Canadian Finals Rodeo.

Nicholson said OEG will “keep the door open to rodeo” at Rogers Place, but there are no immediate plans.