An “oldie” but goodie

After an impressive 6-2 victory by the Edmonton Oilers over the Tampa Bay Lightning Monday night, the venue transformed from hockey rink to concert venue, readying to welcome Old Dominion as one of their stops on the Happy Endings world tour.

“It was like ‘Wow, this feels like the big time,’ so it feels incredible when we know that many people are coming to see us play, and they obviously know our music well enough to buy tickets, so we’re excited for this show.”

Having kicked-off the Canadian leg of their tour in Regina, Edmonton became the fifth stop for the American country crooners, featuring new Canadian country groups The Washboard Union and Cold Creek County, set to open in all of their Canuck northern stops.

“We’re going across the world, actually, so this is, Canada is kind of the kick-off to the world tour,” said multi-instrumentalist band member Trevor Rosen.

The band — consisting of Ramsey, lead guitarist Brad Tursi, Rosen, bassist Geoff Sprung and drummer Whit Sellers — is a tight-knit brotherhood, friends since the group’s inception, having released two full-length albums, their most recent being Happy Endings, and two EPs.

“We always say that we wouldn’t want to do this alone so now you have your buds to bounce ideas off of and make decisions with and celebrate when you have success,” said Ramsey. “It’s good to have your friends out and be a part of it.” 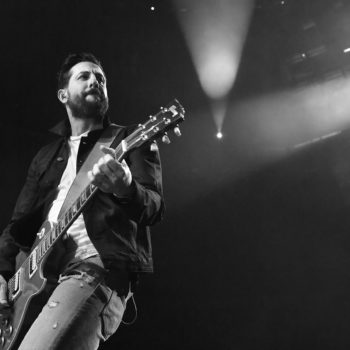 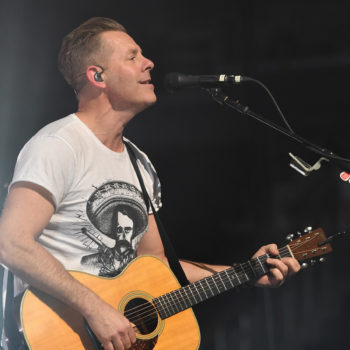 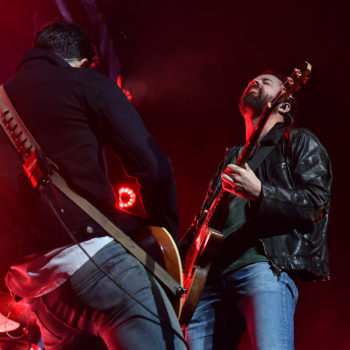 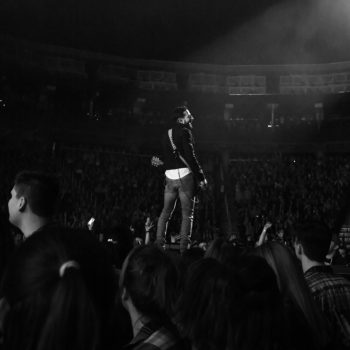 The five-member country music band released their self-titled EP in 2014 — which debuted on the Top Country Albums chart at number 33 with 1,000 copies sold — followed by their first full-length debut studio album, Meat and Candy, which includes the singles “Break Up with Him”, “Snapback”, and “Song for Another Time” in 2015.

Although the band was initially formed to showcase the songs that its individual band members had written, they have come to fully embrace their new footing in the music industry, quickly becoming one of the hottest acts in country music.

“We never go into it just to write an Old Dominion song or write a song for somebody else, we’ve just been trying to write the best songs we can write for years,” said Rosen.

With singles like “Written in the Sand”, which was released in September 2017 and quickly began its climb up the charts, and “No Such Thing As a Broken Heart,” which was featured on their second album, Happy Endings — and recently performed at the Academy of Country Music Awards, becoming the number one Shazamed song of the night — Old Dominion is well on their way to establishing themselves as a powerhouse country music group.”

“It’s definitely nice now that we have the ability to put it out ourselves and have it be us, the ones that are singing,” said Rosen. “It feels great, it’s the ultimate validation. It was very validating to have hits as a writer with other people but to put out songs as Old Dominion and have them be hits is really the ultimate validation as a songwriter.”