Aubrey and the Three Migos Recap

A two-night stop by the Aubrey and the Three Migos tour at Rogers Place will go down as a marathon for the initiated, if night one gave any indication.

Because Drake’s followers in Edmonton are loyal, and he knows it. They continue to show up in droves for the Canadian sensation, blowing up their own Snapchats and Instagram stories at his performances and providing a cover-to-cover knowledge of his song lyrics.

Night one on Tuesday was no exception when the OVO Sound mastermind packed as many hits as possible into an hour and forty-minute performance for his followers to sing ­– and see who’s been with him from the beginning.

“You realize, Edmonton, that we been rocking for 10 years?” he said to deafening screams.

What was new to everyone in Rogers Place on Tuesday night, regardless of how many Drake shows they had under their belts, was the rise of a new kind of on-stage performance. The digital, interactive platform put Drake and his supporting cast in the middle of all the action with a sea of fans on all sides.

The 6 God jumped back and forth addressing each direction of the arena to make sure no side was left out and everyone got their chance at being front row centre. 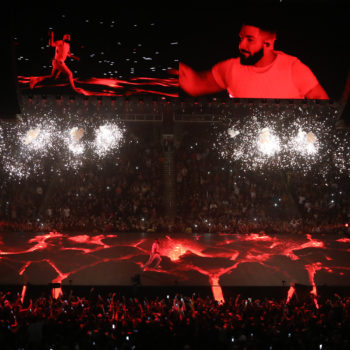 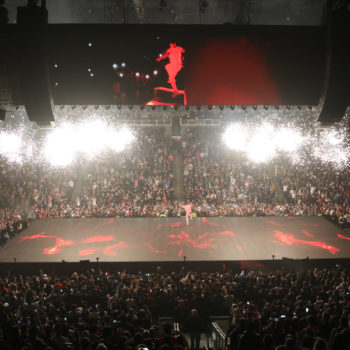 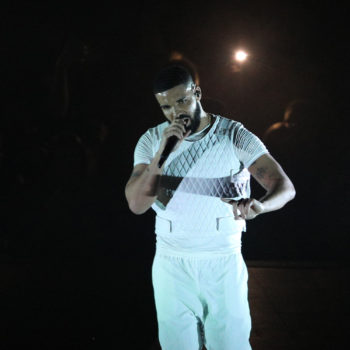 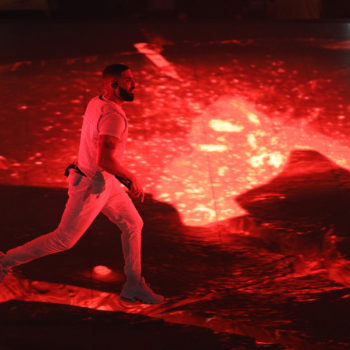 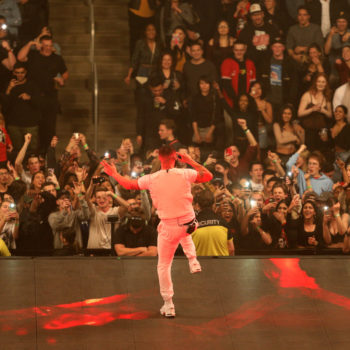 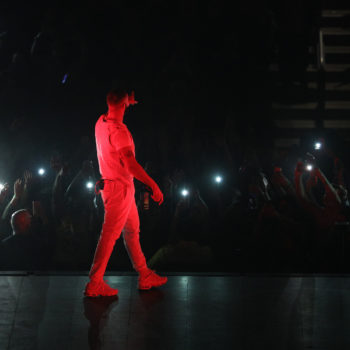 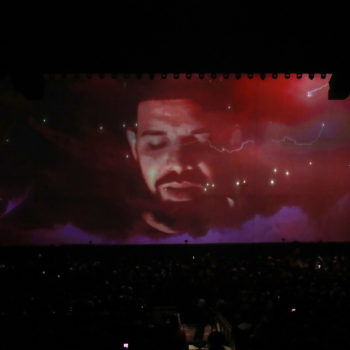 A SIDE, Drake’s first act of the night, began with a version of ‘8 Out Of 10’ with Drake hyping the crowd behind a veilcompletely surrounding the rectangular stage. The curtain was then raised both literally and figuratively on the night with ‘Started From The Bottom’ before the artist spoke from the heart on his love for Edmonton during a monologue in ‘Emotionless.’

A 14-song mashup midway through the show brought an inflatable Ferrari out to float over the floor and lower bowl, because what is Drake and hip hop without a little luxury?

Migos then made their appearance, starting the CULTURE RIDE part of proceedings with ‘Walk It Talk It’ in bright white and green snow suits. The outfits could’ve mostly been for show, but there’s a good chance the wardrobe plays double duty with the Atlanta-based artists battling the Alberta cold.

Drake’s love for basketball ended in heartbreak for the poor soul who air balled three shots in the half-court challenge, drawing the only boos of the night. But the B SIDE of the show began more positively with a cover of Michael Jackson’s ‘Rock With You’ before the stage transformed again, this time into a swimming pool during ‘Hotline Bling.’

‘God’s Plan’ and a plethora of pyrotechnics closed the proceedings on night one to roaring screams. Just as he’ll return to Rogers Place to do it all again Wednesday night, Drake will keep coming back to Edmonton as long as the love remains here.