“This dressing room is put together to win.”

On Wednesday afternoon, members of the media were invited to see inside the new Oilers locker room at Rogers Place. 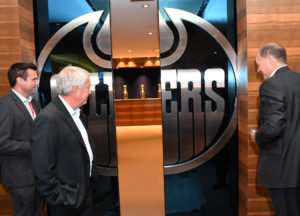 “This dressing room is put together to win,” Nicholson enthusiastically told the media, before the famed Oilers doors elegantly glided apart.

Just an hour prior to the media’s arrival, many players also had their first look inside the new locker room.

“Your eyes just kind of light up,” Cam Talbot said, as he described his first reactions after seeing it.

The goaltender added, “We’re really looking forward to it.”

“I look forward to getting settled in here.”

The walk from the foyer to the ice surface was one detail that the team hoped to replicate from the old building, OEG Vice Chair Kevin Lowe explained.

Leading directly onto the ice, past the Chairman’s Club, the distance the players will walk after leaving the dressing room is nearly identical to that of Rexall Place.

Besides that, the rest of the locker room was novel in nearly every aspect.

“The attention to detail is just really special,” Nicholson elaborated. 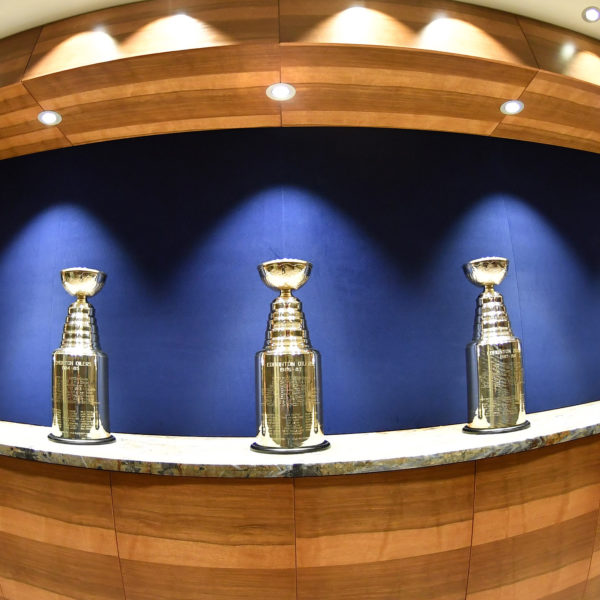 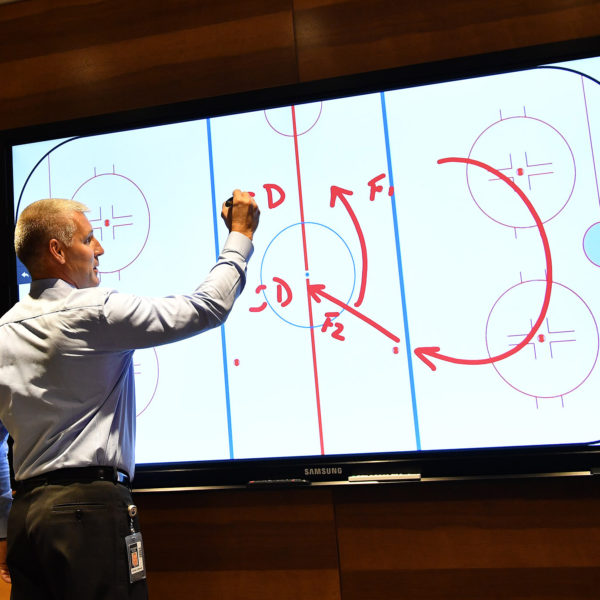 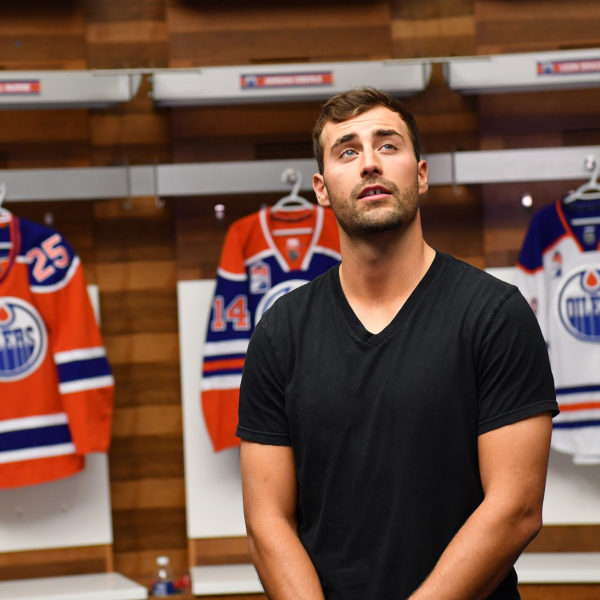 “This is about making sure the players are in a position to be successful.”

“This is about making sure the players are in a position to be successful. When you look at the different components — the dressing room, the training area, all the fitness areas, the rehab areas — it’s best-in-class [and] that’s been the goal from day one.”

The locker room is divided into four main quadrants. Complete with numerous space-savers for effective storage and organization of all equipment, the main equipment room is an area that will be utilized for skate-sharpening, equipment maintenance and repairs.

Located directly across from there is the theatre room. Equipped with a smartboard, this room provides a functional space for players and coaching staff to review footage and discuss new strategies on the ice.

The training facility, which nears the back of the locker room, is brightly lit by countless windows — giving it an open and vivacious feel.

Natural light was an essential aspect to its design, Lowe explained, saying he was originally inspired by the idea years ago from the Montreal Canadiens. 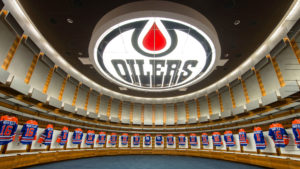 He added, “If I could remember what it’s like to play, it’s pretty cool because this is home here.”

“It’ll be a great place for [the players] to work.”

And finally, one of the most distinguishing features of any NHL locker room — the dressing room.

Automatic sliding doors lead into the impressive oval room from two sides. Dressed in a royal blue carpet that is lit-up by a large Oilers crest above, the dressing room leaves most with only one word to describe it — “wow.”

“We built this building for the fans and for the players — we built it to win.”

With the players’ stalls already sporting orange and blue jerseys, the feeling of excitement for the upcoming season is as imminent to the players as it is to the fans.

“Now it’s time for us to make that next step,” says Nicholson.

“We built this building for the fans and for the players — we built it to win.”