EDMONTON, AB – Cirque Du Soleil put on a show the likes of which had never been seen before in Edmonton on Wednesday, with its debut of Crystal at Rogers Place. The show was the first of their eight theatrical productions over a five day run in our city.

A spectacular combination of gymnastics, acrobatics, choreography and ice skating intertwined with a feel-good narrative involving our protagonist Crystal and her quest to embrace her identity as a dreamer. The on-ice spectacle leaves spectators with a lingering sense of wonder and inspiration long after they have left their seats.

The familiar and iconic tent was missing from this latest creation by Cirque du Soleil, but the ice at Rogers Place provided a unique setting, which resembled many local community skating rinks and ponds, in a city with an inherent connection to winter wonderlands.

Even before the show had properly commenced, performers entertained as they skated around the ice during a prelude. The audience was able to get involved, hurling snowballs from the front rows at an ice jester, drawing many laughs from the audience.

The performance surface transformed into an imaginative icescape as the show began, with Crystal’s sense of adventure echoing against her common and uneventful surroundings.

“I don’t belong here. I want to live in a book, in the sky, in the future!” the character declared in her monologue as visual cracks in the ice appeared beneath her and she descends into her own imaginary world, coming face-to-face with her own reflection.

Crystal blends traditional elements of figure skating and gymnastics with the remarkable showmanship expected from Cirque du Soleil. The energy of the show quickly exploded as the first flips and pirouettes took place.

Duelling jugglers, a main fixture at traditional circuses and carnivals and a recurring element throughout the performance, took over the ice as Crystal ascended the stair case of the elaborate on-ice stage, which also featured multiple launch ramps (you might be thinking: “ramps on the ice?” We’ll revisit these soon). Cirque du Soleil almost created too many spectacles for attendees to feast their eyes on – a good problem to have. 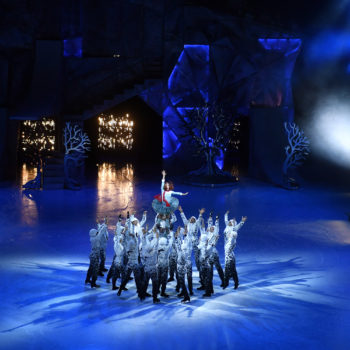 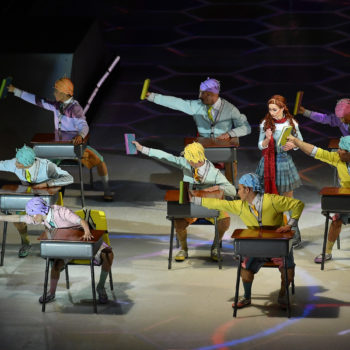 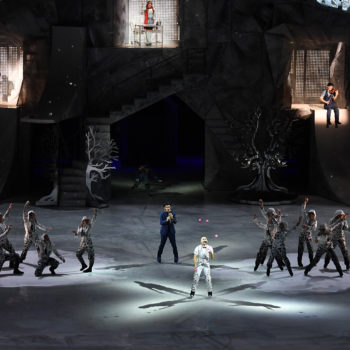 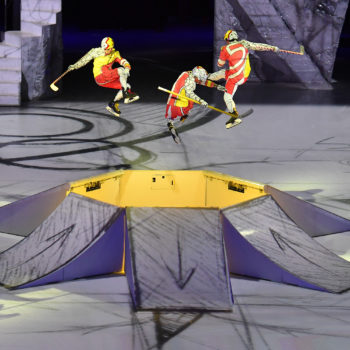 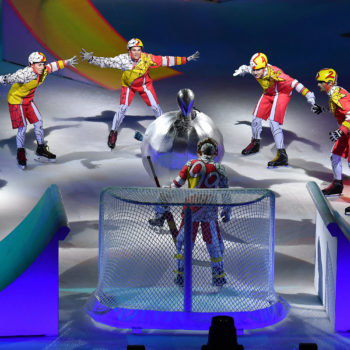 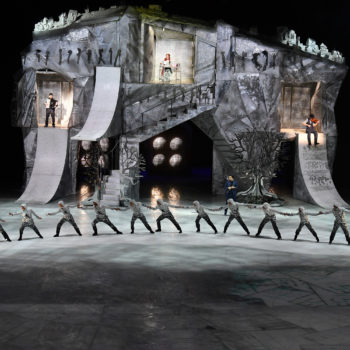 Following a 20-minute intermission, performers scaled up long swings that hung from the rafters and began leaping and crossing from one to the next, to the delight of spectators.

Debatably the night’s best individual performance was when an acrobat turned a horse-vault style setup into a tower built from seemingly precarious chairs on top of a table. Every adjustment and ascending level climbed caused the audience to collectively hold its breath.

The story’s powerful denouement came to a fitting conclusion as ‘The End’ was cut into the ice surface, spelling the conclusion to an incredible debut for the show at Rogers Place. Only seeing and observing the skill and storytelling in person can do Cirque du Soleil’s Crystal justice for those intrigued by the show’s arrival in Edmonton.