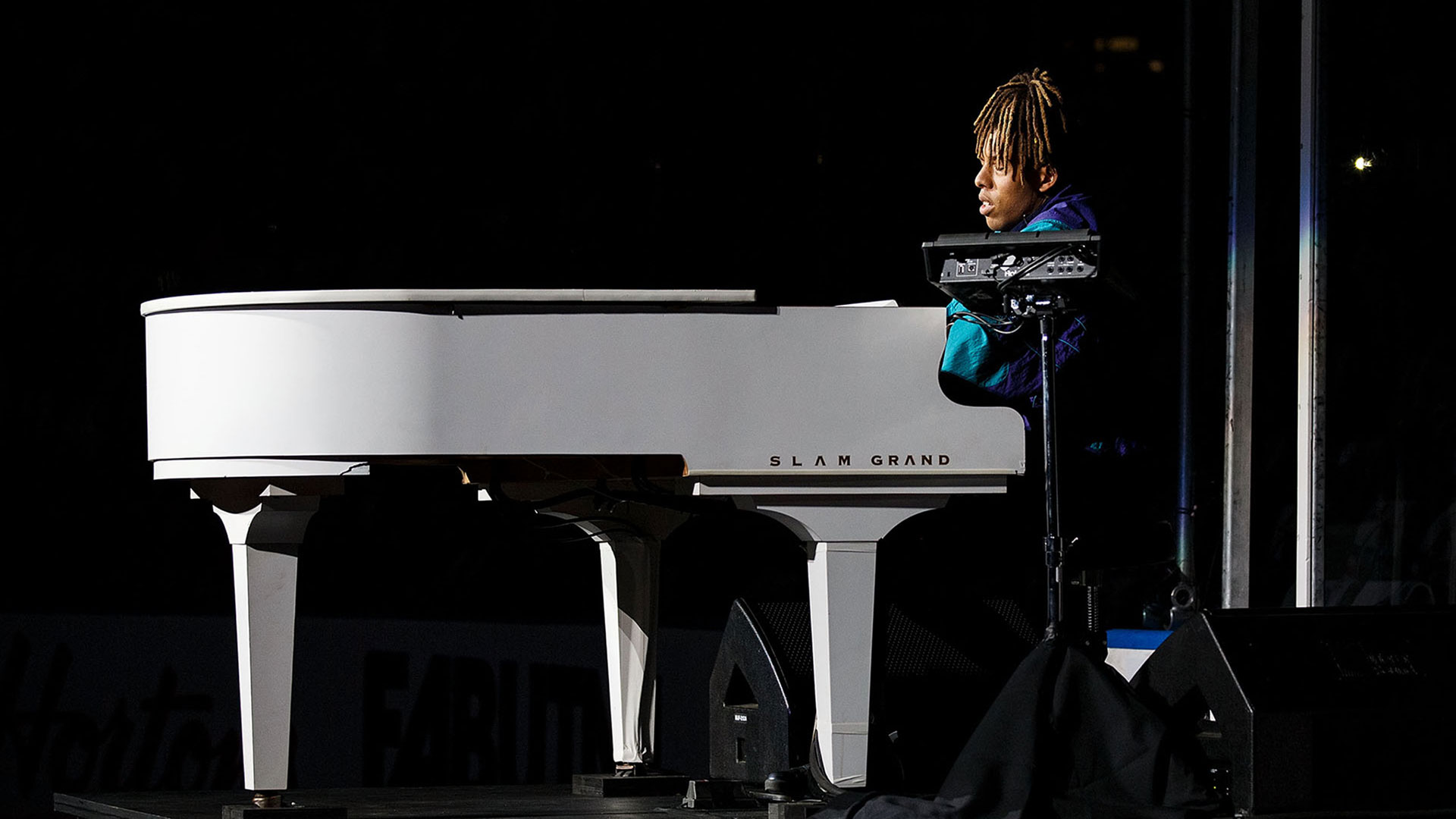 For those in attendance at Wednesday night’s Home Opener, waiting to watch the first Battle of Alberta of the second season inside Rogers Place, they were treated to a very special guest ahead of puck drop.

The winning contestant from this summer’s season of Britain’s Got Talent, Tokio Myers, was among the spectacular pre-game show that amazed fans. Performing on a raised platform alongside the Edmonton Choir, Myers sent chills down the spines of every fan as he played the piano accompanied by trigger pads.

But before the gifted pianist graced the suspended stage, Myers sat down with Roger Place’s own Jessica Kent for an exclusive 1-on-1.

“You know, I’m just a kid from London,” Myers humbly told Kent when asked about his recent rise to fame.

“To be given the opportunity to come here for such a prestigious event, — I know how big hockey is here — I’m just so excited to be out here,” he said.

Stoked to be performing here tonight @RogersPlace Opening up for the @EdmontonOilers !! pic.twitter.com/CyY2wkMNU0

Myers recently captivated audiences worldwide on the 11th season series of the popular British talent show. The skillful musician is no novice to the stage, touring as support in the past with Kanye West and Amy Winehouse.

Despite brushing elbows with these A-lists, Myers argued that the excitement of being at his first NHL game is incomparable.

“The colours, the excitement and the energy,” Myers paused with a beam, “There’s a lot of energy tonight. I’m so excited to see that in the flesh.”

Speaking with Kent following the sound check for his debut performance in Edmonton, Myers commented, “The whole place is lit-up, it’s magical, the arena has lights everywhere — on the actual ice itself — and up in the air you’ve got acrobats going on!”

“The sound is amazing, and the visuals… it’s just another level,” he said at a loss for words.

As the doors opened to the public and fans filled the seats, Myers added with a smile, “I just can’t wait to get out there and just smash it up.”

A feeling he surely shared with the players on the bench.