Next, lighting up the stage with their neon green hair and matching red “no” outfits, Grouplove definitely brought the colour to Rogers Place. Renowned for their unique sound; one that can only be described as perfectly shrilling, the indie pop band charmed the crowd with their animated stage presence. Performing “Tongue Tied” and ending with their hit song, “Colours,” the fans were buzzing with more energy and anticipation ahead of the main act.

With illuminated pyramids and an exhilarating sci-fi intro video, Imagine Dragons made a thunderous entrance, opening with “I Don’t Know Why.” After getting the blood flowing, forcing the crowd to their feet, Reynolds took a moment to recognize the recent tragedies in Las Vegas — where the band calls home. Pledging the band will not stop spreading their message of peace and love, it was evident that Reynolds applied this emotion and passion into the rest of the night’s performance. 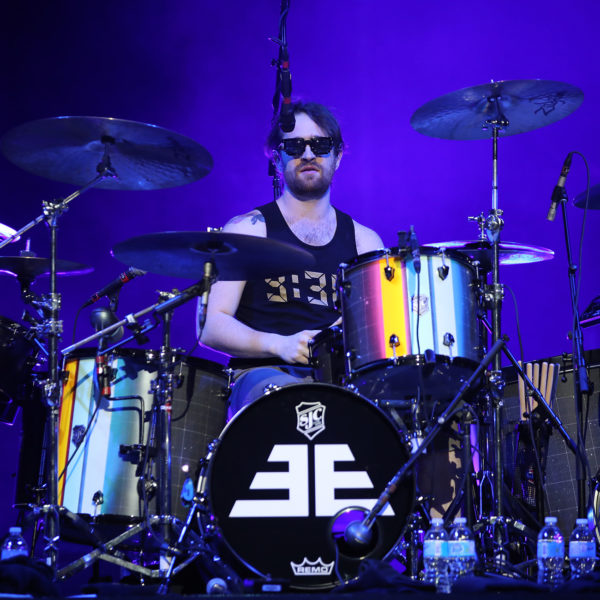 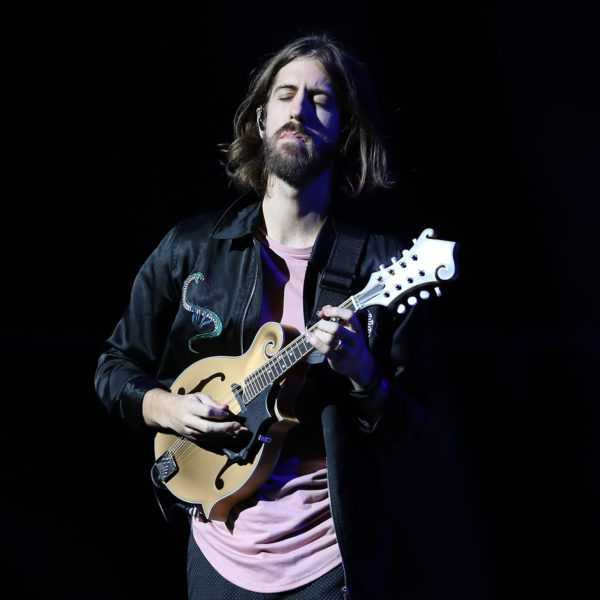 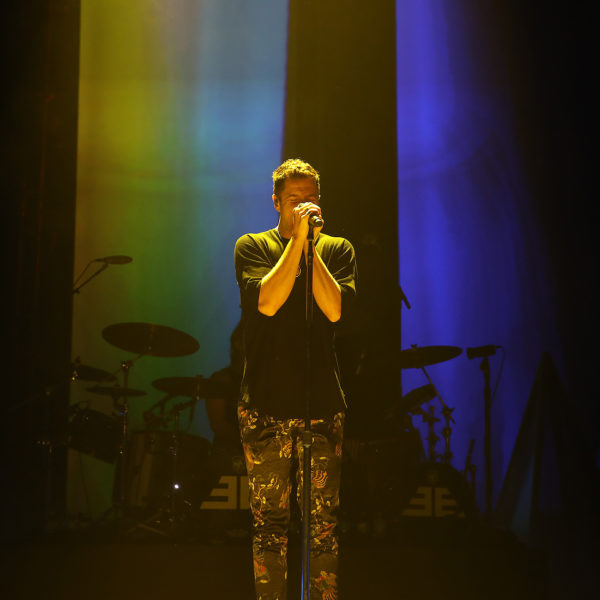 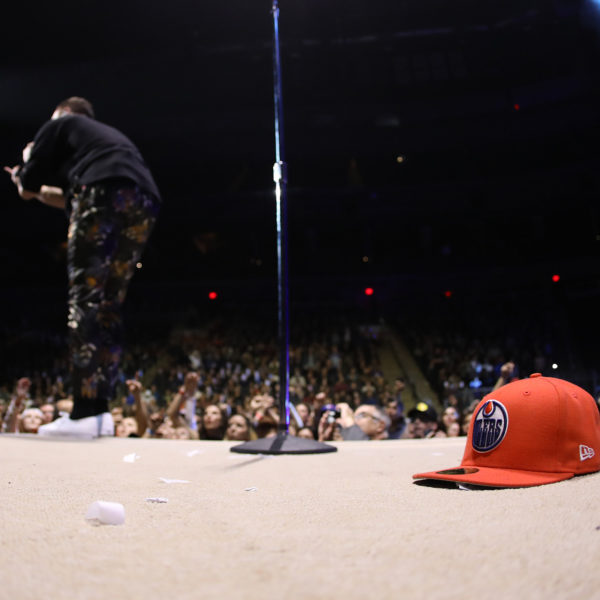 First finding the main stage in 2012 with their debut studio album Night Visions and its first single “It’s Time,” Imagine Dragons were quick to catch the attention of fans worldwide. Embarking on their inaugural world tour in 2009 — a tour which spanned over five years in support of the Night Visions album — the band watched as the album climbed the charts; reaching No. 2 on the Billboard Top 200 Albums chart and hitting as the No. 1 album on Spotify Worldwide for 2013.

Although the band should now be well accustomed to a packed venue, the artists maintained their humble composure, turning the houselights up to thank the audience for being there. Part way through the show Reynolds even realized it was a child’s birthday near the front of the stage and invited him up. The band sang “Happy Birthday” along with the 18,000-person crowd; in a birthday song dedication the little boy will likely never forget.

Performing songs from their earlier hits like, “Demons” and “On Top of the World,” some may argue the band ‘evolved’ from their alternative rock sound to a more electric, synth-pop sound as the night continued.

As the lead single from their third studio album, Evolve, “Believer” became somewhat of the unofficial pump-up anthem ahead of the Oilers home games during the 2016-17 playoff run. Thus, it was only fitting the band ended the night with an encore of this widely recognized song in Oil Country.