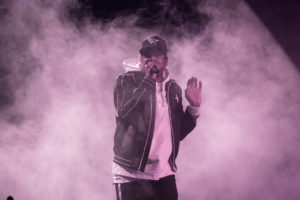 American rapper and businessman JAY-Z, touring North America alongside young lyricist Vic Mensa on the 4:44 Tour, embodied the definition of cool as he flexed his rap dexterity with nothing but a mic and composed demeanor. With JAY-Z representing Brooklyn and Mensa hailing from Chicago’s south side, the two brought their walks of life to Edmonton, causing local rap aficionados and hip-hop heads to converge upon the downtown core.

Mensa played the part of hype man, opening with “Didn’t I” before powering through his set list which included “16 Shots” and “Down For Some Ignorance.” He devoted a heartfelt dedication with “Homewrecker” before asking the Rogers Place audience to put their phones in the air as he ended his performance with “We Could Be Free.”

With the crowd warmed by Mensa’s flow and message, JAY-Z appeared on an elevated stage in the middle of Rogers Place in his patented accouterments: crisp white sneakers, baggy pants and a snapback so low his eyes stayed covered. He opened with “Kill JAY-Z,” as video screens from above projected him as a body of embers, while in real-time he appeared through a cloud of smoke on stage. 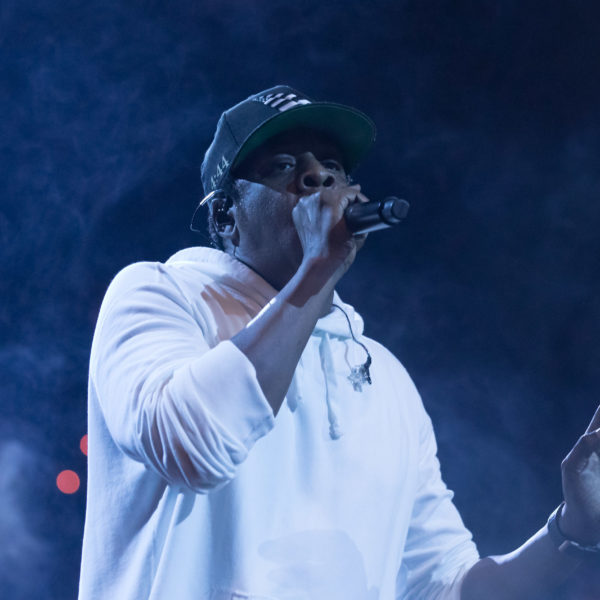 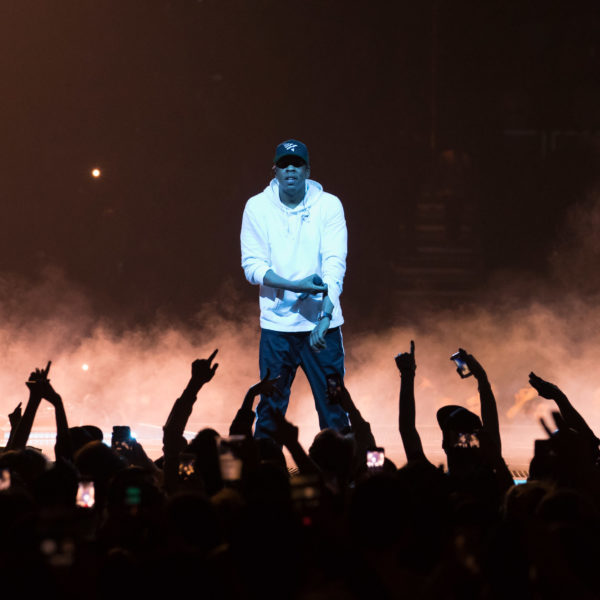 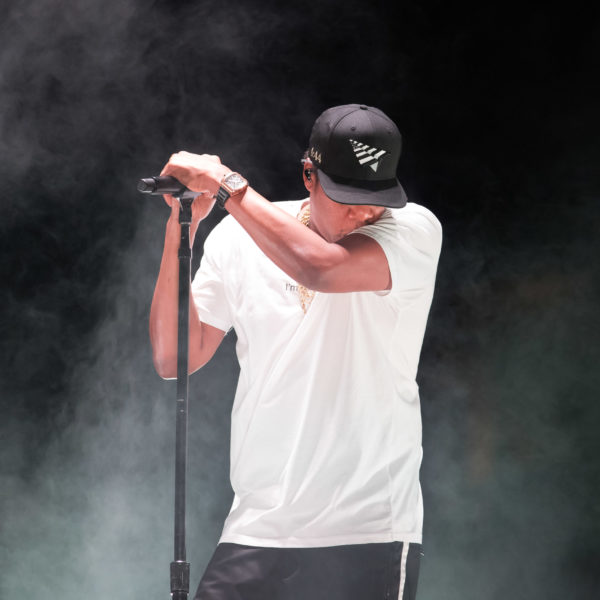 JAY-Z put on for his city. One of the world’s best-selling musicians of all-time gave shout-outs to Edmonton and Brooklyn before diving into “Heart of the City (Ain’t No Love).”

“We’re just getting started tonight,” he declared, subsequently playing “Run This City” next – one of many tracks that elicited raucous cheers from those in attendance.

Not many were sitting as JAY-Z fired through “Empire State of Mind,” and it remained that way when things got real, as the rap mogul played his classics “Hard Knock Life,” “Dirt off Your Shoulder,” and “99 Problems.”

“Mental health is real,” said the rapper before he played “Numb/Encore” in honour of Linkin Park singer Chester Bennington. He didn’t have to prompt the crowd as they voluntarily sang the chorus of the song.

Previous Post
PCL ICE Level: The feature on the Edmonton Tower spectacle
Next Post
Let there be light!
Menu