Tickets Go On-Sale September 2 at 10 am 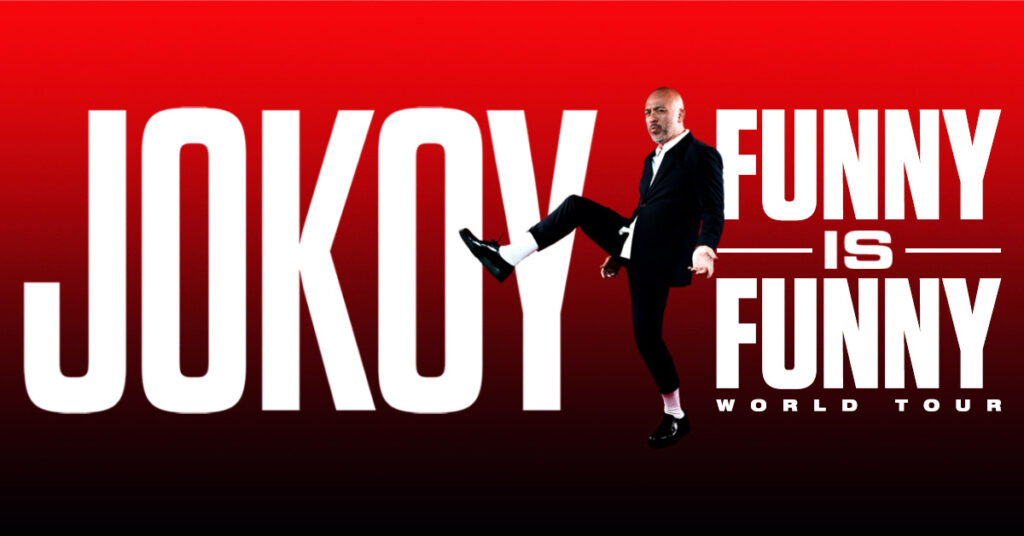 Koy will next be seen on the silver screen in the Universal Picture comedy film, Easter Sunday in theaters August 5th, 2022. The feature film is loosely based on Koy’s life experiences and will be set around a Filipino family gathering to celebrate Easter Sunday. In addition to the big screen, Jo’s single-cam comedy Josep landed a pilot order at ABC.

His highly anticipated 4th Netflix stand-up special was shot March 2022 at the Forum in Los Angeles. The special is a follow up to his 2019 Netflix special, Comin’ In Hot – Koy has had four highly rated and successful stand-up specials on Comedy Central and Netflix. In June 2020, the comedian released his first variety special, Jo Koy: In His Elements on Netflix in which Koy brings the laughs and beats to Manila, spotlighting local culture in a one-of-a-kind show featuring Filipino-American comedians, DJs and B-boys.

In 2021, Koy released his first autobiography, Mixed Plate: Chronicles of an All-American Combo with Harper Collins Publishers to raved reviews. In this funny and moving memoir, Koy uncovers the stories behind his stand-up: the conflict, the drama and the laughter as he struggles to find his place in the entertainment industry, his home and around the world.