ustralia and Central Alberta must feel interchangeable to country-music icon Keith Urban at the moment, because it felt like a homecoming on Saturday night.

It’s been just 737 days since Urban cut the ribbon to Rogers Place with the venue’s first-ever concert back on September 16, 2016. Tonight, he walks out its doors as the only performer to have played the venue on two separate tours in its short existence, this time treating a packed country-craving crowd to a stop on his GRAFFITI U World Tour 2018.

Urban excels at keeping his show branded with old-school country vibes, while injecting a new artistic, “graffiti-themed” performance that becomes apparent in his tenth studio album Graffiti U with songs like ‘Love The Way It Hurts (So Good)’ and the pop-inspired, party-starting track ‘Never Comin Down’. 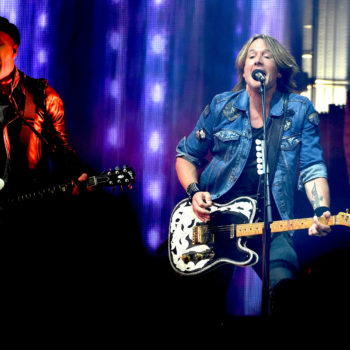 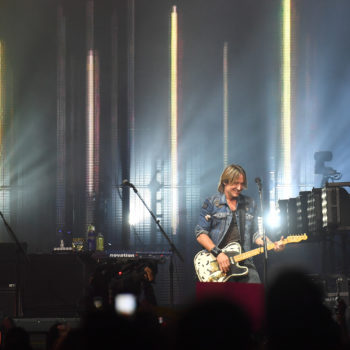 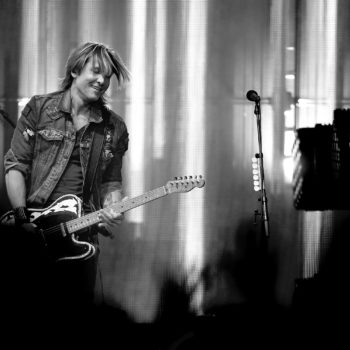 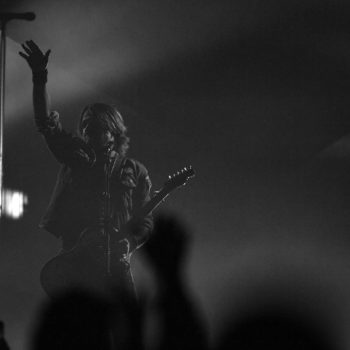 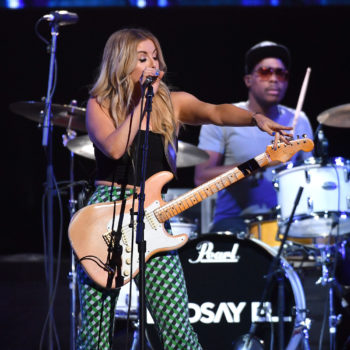 Knowing full-well how supportive Albertans can be, the 50-year-old welcomed Calgary-born singer/songwriter Lindsay Ell to the stage to open proceedings in her home province.

Despite moving to Nashville at the age of 21 and living there for eight years, Ell always keeps home close to her heart.

“As a native Albertan it feels so good to cross that border, and so good to be back in Alberta,” said the 29-year-old country artist.

But there would still be a role for her to play later on in the night outside of her opening act.

Rogers Place guests carrying signs for the occasion received their 15 seconds of fame after Urban turned the volume up during his opening minutes, acknowledging everything from first concerts, to 19th concerts, to 31st birthdays, resulting in a special journey down from the top seats onto the stage for Anna and her mother Kelsie.

A U-shaped platform at the end of the floor gave those in lower and upper bowl seats opposite the stage the vantage point of being front-row centre, getting an up close view for two of Urban’s go-to tunes ‘Kiss a Girl’ and ‘Who Wouldn’t Wanna Be Me’.

Urban closed out his set with ‘Wasted Time’, the powerful single heard on his previously published 2016 album Ripcord. After a call-back to the stage for an encore, Urban returned with Ell, who helped close the night alongside Urban with their duet of ‘Horses’ from his tour-titled release.

If the first two visits are any sort of foreshadowing, Urban will continue to set milestones every time he comes to rock the stage at Rogers Place.

After fellow country music star Garth Brooks last year, is Keith Urban the next to raise his banner at Rogers Place? It sure could end that way with the Australian’s following in Alberta’s capital city.