When you’ve been in the business as long as Paul McCartney has, you’ve got stories to tell.

After three grassroots years with The Quarrymen, 10 iconic laps around the sun with The Beatles, 11 with former spouse Linda McCartney (Eastman) in Wings and 18 solo studio albums, there are too many stories to count, but McCartney did his best to share highlights with his captivated audience.

The two-time Rock and Roll Hall of Fame inductee, as both a member of the Beatles and a solo artist, utilized the release of Egypt Station, his first project in over five years, to bring his Freshen Up tour through Edmonton and Rogers Place on Sunday night for nearly 40 songs from the 76-year-old icon’s legendary discography.

The crowd, young and old, flocked to a Rogers Place packed to the rafters to witness music royalty. Hearing McCartney greet the city of Edmonton is all some needed to make the night worthwhile.

Not a lot of Edmontonians can say they’ve heard a Beatle speak those words. 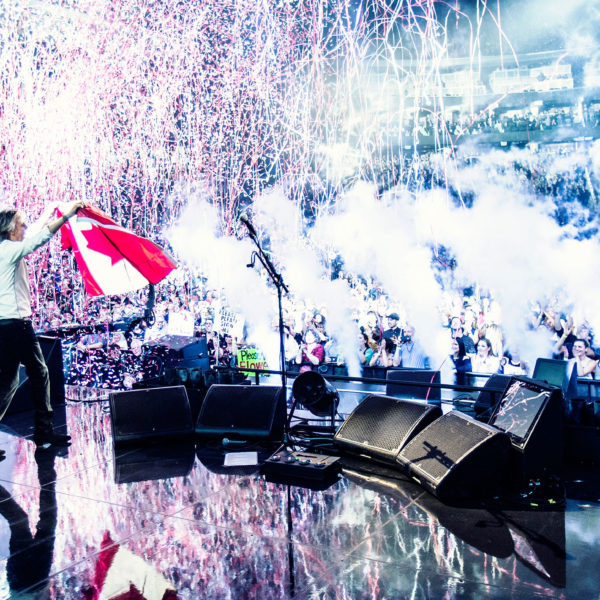 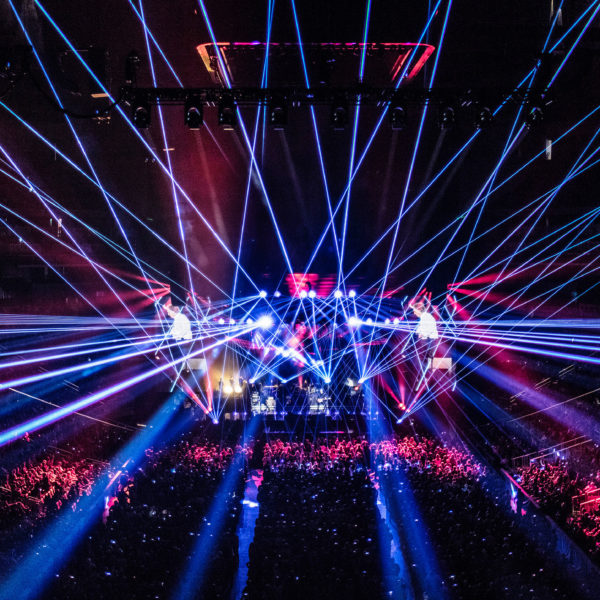 Every song, every note and every instrument during the three-hour show had a little something extra for the crowd, whether it was another lap around the significant chorus from ‘Hey Jude’ or an extra riff in ‘Back in the U.S.S.R’, the first track on The White Album by The Beatles in 1968.

A tribute to Jimmy Hendrix was injected into ‘Let Me Roll It’, from Wings’ 1973 classic Band on the Run. McCartney told the story of how Hendrix learned the title track off of Sgt. Pepper’s Lonely Hearts Club Band and performed it at his show just two days after the 1967 record was released.

“We always throw that part in there for the late, great Jimmy Hendrix,” McCartney said of his friend. These two legends had a lot more in common than being left-handed music sensations.

A prelude to ‘Love Me Do’, the debut single from The Beatles in 1962, prompted a tale of working in the studio with producer George Martin and perfecting the timing between the song’s notable line and John Lennon’s harmonica. With the decision to add in the harmonica before the end of the lyrics, McCartney was given the duty of singing as Lennon couldn’t possibly do both at the same time. To say McCartney was nervous at the time is an understatement.

“To this day when I listen back to the recording, I can still hear the terror in my voice,” he said.

McCartney paid homage to former bandmates throughout the night, playing ‘Something’ for former lead guitarist George Harrison. Despite the majority of songwriting duties falling to the partnership between McCartney and Lennon, Harrison still made his mark writing songs like the track McCartney believes to be the best song from 1969’s Abbey Road.

The show ended in flames and fireworks synced to the dramatic drops within ‘Live and Let Die’ before an all-Beatles encore of seven songs, including ‘Helter Skelter’ and ‘Carry That Weight’, lifted the record needle on 50-plus years of McCartney’s musical influence.

This time around in Edmonton, 60 years on after McCartney made his mark as the frontman of The Quarrymen, fans can say they were a part of another story in McCartney’s long and storied musical career.

Not many can say they’ve seen a Beatle live in concert, and it’s sure to be the beginning of countless stories for patrons that were in attendance Sunday night at Rogers Place.