What do you get when you mix rock and roll, pyro and cowboy hats? You get Rogers Place on Saturday night.

With the Canadian National Team Qualifier taking place on Thursday, followed by Day 1 of the PBR Global Cup presented by Encor by EPCOR on Friday, Rogers Place was the pulse of excitement that beat at the centre of Edmonton’s Western Week.

Gearing up to crown a champion of the inaugural PBR Global Cup on Saturday night, the arena was filled with an enthusiastic crowd to cheer on the team that was there to defend their home soil. But before the bull riders roped up, a special performance by country music star Jake Owen opened the night.

With a centre stage sporting palm trees and greenery to match the summer night feeling inside Rogers Place, the Florida native quipped, “I’m trying to bring some summertime, some warmth in here!”

And that he did.

Capturing the audience with a crowd-pleasing cover of Johnny Cash’s “Ring of Fire,” before moving on to perform some of his hit singles like “Days of Gold” and “Barefoot Blue Jean Night,” Owen brought Rogers Place back to its western roots. 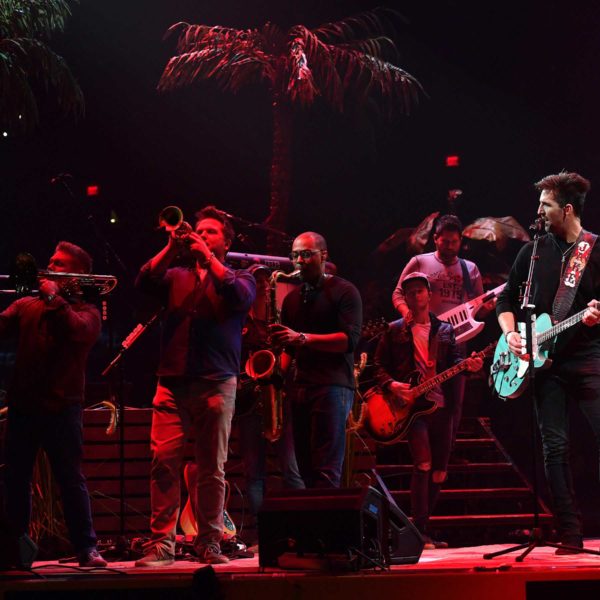 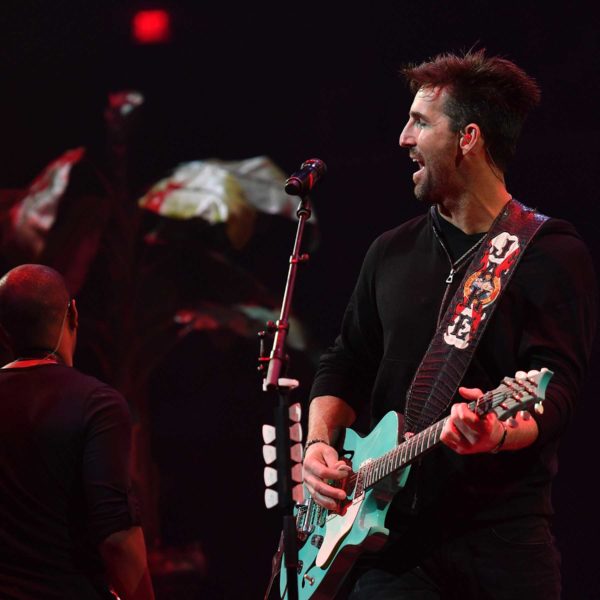 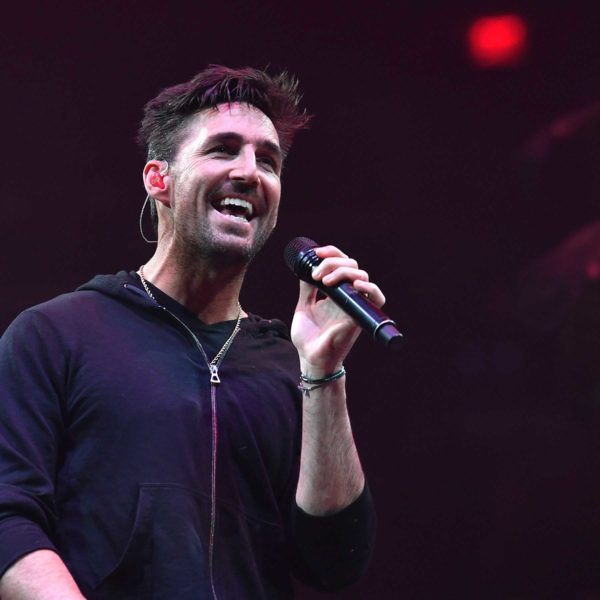 Following his performance, the tone quickly shifted from country to rock and roll. As a warning of upcoming pyro and loud noises flashed across the scoreboard, the rumble of AC/DC’s “TNT” turned up the excitement amongst the crowd. Flames reading “PBR” glowed in the dirt, while a thunderous voice announced the names of riders from all five participating nations (Mexico, Brazil, Australia, USA and Canada).

“The PBR Global Cup is the ultimate expression of national pride on a world stage.”

The tension was evident as the team competition made its debut in Edmonton, with each nation competing for a Canadian-record $1 million purse.

With Team Canada at the helm of the bowl, a moment was taken in recognition of Remembrance Day. Following a ceremony featuring the 3rd Battalion, Princess Patricia’s Canadian Light Infantry, the audience and riders stood for the singing of O Canada.

As Team Canada started the night with the lead — and with the home team advantage giving them more riders — the Edmonton crowd was eager to watch the best bull riders in Canada hold their position at the top.

“We’ve never really had guys in our corner. We’re always competing against those guys. We’re here. We’re actually helping each other out,” said Zane Lambert, describing the cooperative team structure of the PBR Global Cup competition.

“You can watch your country compete in other countries’ home soil, follow us all year and that way you’re not just following one single cowboy, you’re following the whole team,” said the Ponoka, Alberta native.

PBR CEO Sean Gleason added, “The PBR Global Cup is the ultimate expression of national pride on a world stage.”

In order for a rider to be scored, they are required to stay on the bull for eight seconds. Each judge has a total of 50 points to distribute (25 points for the bull’s performance and 25 points for the rider). These points are then totalled for the rider’s final score. If a rider is disqualified or does not make it to the eight second mark, they receive no score. Thus, the total score for each team quickly fluctuates throughout the night — making it difficult to speculate exactly which nation will take the win until the very end.

As the teams’ riders each battled in this eight-second ultimate man vs. beast duel, they were not only fighting for the prize money, but for the centrepiece of the tournament — the Global Cup Trophy.

Made up of five parts to represent each participating country, the trophy acts as a vessel containing the soil from each nation. The nations then battle to keep their soil on home territory — the ultimate symbol of national pride.

The stakes were high on Saturday night, as Team Canada not only fought to keep their dirt on home soil, but they acted as the first-ever hosts for this new nation vs. nation tournament structure.

The competition will travel next to Sydney Australia (June 9-10, 2018) for the second-ever PBR Global Cup — where Australia will battle to keep their home soil.

As Western Week wraps up in Edmonton, Rogers Place has proved itself capable of not only hosting country shows and rock concerts, but hosting the ultimate battle of man vs. beast. 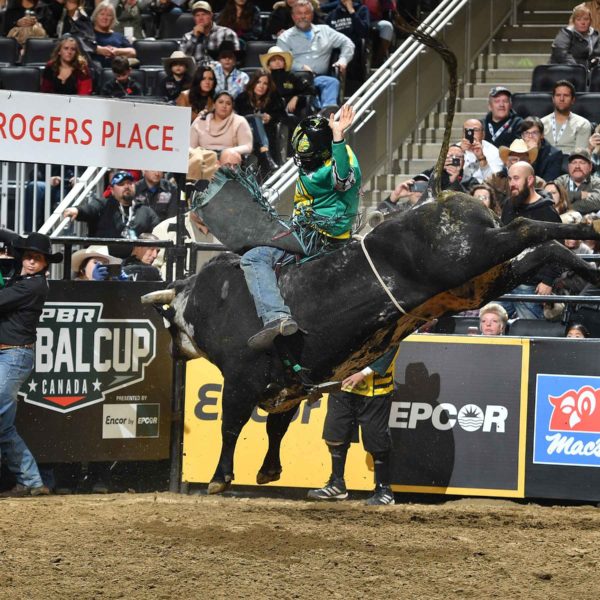 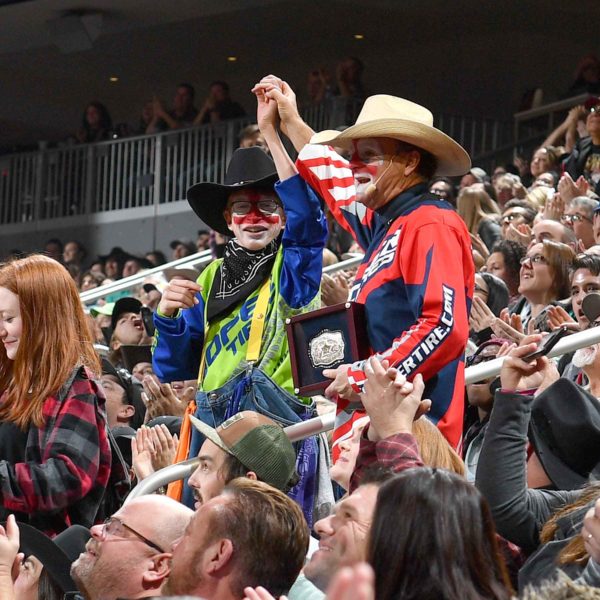 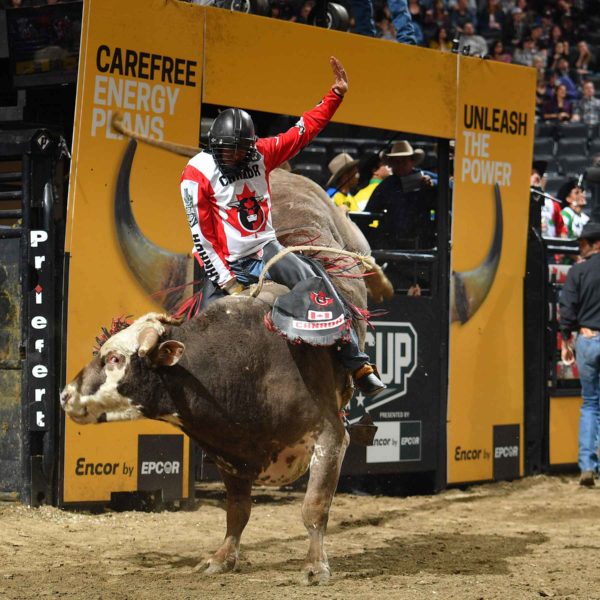