Queens of the Stone Age Recap

If Queens of the Stone Age have done anything right in their 22 years of rock, it’s been an ever-evolving sound in an industry riddled with ambiguity and change.

On Friday night, fans at Rogers Place were treated to a Queens of the Stone Age armed with nothing more than vertical tube lights, a new album and the same evolutionary rock sound that’s made the band a standout in the genre since its self-titled debut in 1998.

Frontman Josh Homme has never been afraid of a little change to stir the proverbial music melting pot, and Queens of the Stone Age have ridden the coattails of that philosophy once again in 2018 as the success of their seventh studio album Villains continues after rolling through Rogers Place on Friday, May 18. 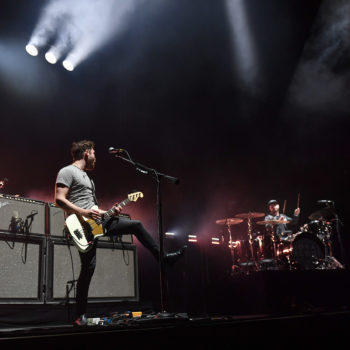 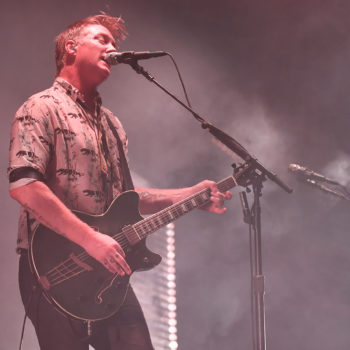 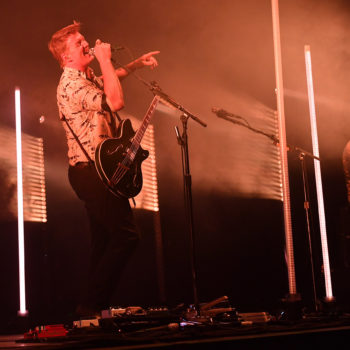 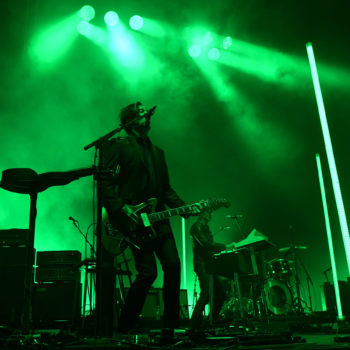 British two-some Royal Blood opened the night by exhibiting the fast rock that earned the duo a nomination for Best British Group at the 2018 Brit Awards earlier in February. After releasing their debut album in 2014 with chart-topping jams including ‘Figure it Out’, which debuted in Canada at number-one, and touring with the likes of the Foo Fighters (another band set to grace Rogers Place later in the year), the Brighton, UK group lived up to the hype in their 45 minutes of warm-up for the main attraction.

What followed would be an hour-and-a-half of ear blasting, crowd surfing, and a mosh pit center stage that never stopped moving as Queens of the Stone Age took to the stage.

Playing their heavy sound on a Villains tour that began almost a year ago, Queens played five songs off the group’s new album that were blended into a 21-song setlist as a taste of the new Queens alongside classics that include ‘Little Sister’ and ‘Go With The Flow’.

The crowd gave out an expectant and excited scream when the familiar riff of ‘No One Knows’ played for the first time inside Rogers Place, followed by ‘Make it Wit Chu’ off the band’s 2007 album Era Vulgaris, which provided the night it’s only deviation from heavy rock.

Queens kept the crowd screaming into a three-song encore, with the last chords of ‘A Song for the Dead’ drifting over the crowd as the band closed the door on a memorable night of rock at Rogers Place.