Just like every game night, the Oilers lined-up on the blue line for the singing of the national anthem before facing off against the Vancouver Canucks on Saturday, March 18.

But this particular night was different.

Besides the two Canadian teams standing along with the thousands of fans inside Rogers Place during the singing of O Canada (performed by Edmonton’s own Ruth B), 12 brand new Canadian citizens joined the team on the ice, where they proudly sang along to the lyrics of their new home’s anthem.

“This is not just about hockey; this is about community.”

With their faces lit-up by the red and white lights shinning from the Rogers Place scoreboard above, the 12 new Canadians beamed with pride as they stood on the ice Friday night.

“It’s a country that welcomes new cultures and values inclusiveness,” said one of the new Canadian citizens in attendance, Renata Bubevska.

Moving from Macedonia with her husband and two children approximately four-and-a-half years ago, Bubevska added, “It provides opportunities and possibilities for the kids, but also for my husband and myself.”

Partaking in a special citizenship ceremony inside the Oilers Hall of Fame Room at Rogers Place earlier that day, the 12 new Canadians were joined by the Honourable Amarjeet Sohi, Minister of Infrastructure and Communities, as well as City of Edmonton Mayor Don Iveson. 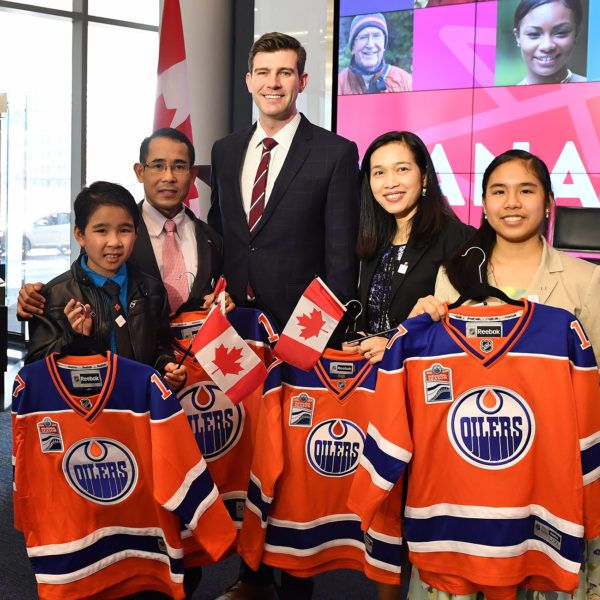 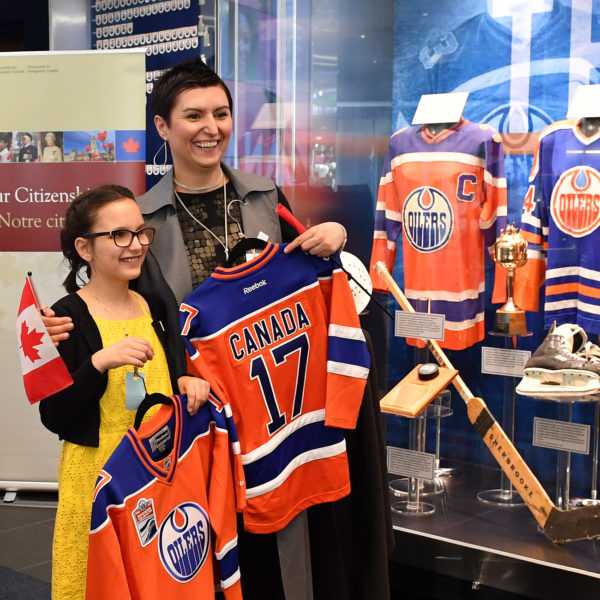 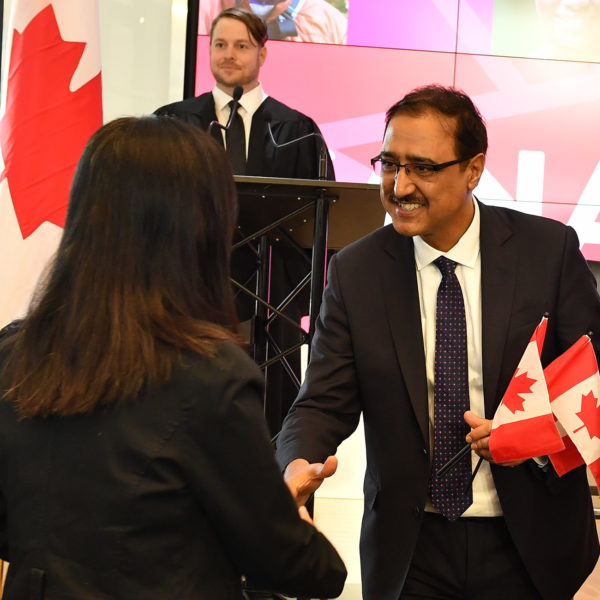 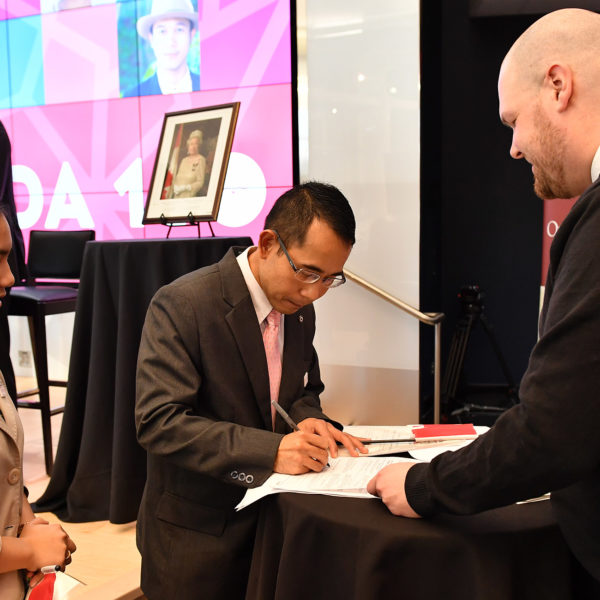 “This is not just about hockey; this is about community,” Sohi commented on Edmonton’s newest venue for live entertainment. “This is about events [like] we experienced here today, where new citizens became part of the Canadian family.”

Immigrating from India to Edmonton as a teenager, Sohi said he relates to the many emotions that were facing the new citizens on Friday afternoon.

“It reminds me of my days when I became a Canadian,” smiled Sohi.

The Minister of Infrastructure and Communities added, “The ceremony being held here in the Oilers Hockey Hall of Fame Room — it’s so meaningful for these Canadians as well as for our community. It speaks so well for what we have done here in our downtown.”

City of Edmonton Mayor Don Iveson agreed with the Minister’s sentiments towards the special ceremony being conducted inside the new venue.

“It just shows the versatility of the building and the way it can create different lasting memories for Edmontonians and Canadians.”

“I go to a lot of citizenship ceremonies, but this is a very special one,” he said. “To know that these Edmontonians and new Canadians will always associate their citizenship with this place and the heart of our city, is just an exciting memory for us all to carry.”

“There’s no doubt this building has lots of different uses, but to have it used today in this way for a citizenship ceremony, it just shows the versatility of the building and the way it can create different lasting memories for Edmontonians and Canadians,” the Mayor added.

Making the day even more memorable, the 12 new Canadians spent their evening in the most Canadian way possible — watching the good old hockey game!