Becoming one of the world’s most renowned and best-selling artists is no accident, and Rod Stewart’s here to show us why.

After more than 55 years of giving the world hit after hit, including 31 top-10 songs and over 200 million records sold, Rod Stewart gave a musical masterclass on his Live in Concert 2018 stop at Rogers Place on Friday, April 6, demonstrating exactly why he’s been able to stay at the top over his five-decade career.

Stewart serenaded the masses at Rogers Place with some of the song book’s greatest covers and hits that made him synonymous with genres such as rock, folk, soul and R&B — from the upbeat synth-pop chorus of “Young Turks” to the rocking melody of “You’re In My Heart”.

The 72-year-old, whose youthful enthusiasm is showing no sign of ending anytime soon, played on his Scottish roots to entertain the crowd before the night’s climax by treating the audience to a 30-minute warmup of bagpipes and drums to set the stage for what was going to be an unforgettable Friday night in Edmonton.

Then, it was showtime.

Even before the icon could sing the first line of his 1984 hit “Infatuation” following an intro to The Bar-Kays’ “Soul Finger”, the crowd was on its feet. Sporting his trademark blonde-spiked hair, witty humour and a musical ensemble that included violins, saxophone, harp and piano, Stewart put on display his unmistakable identity that’s transcended multiple generations and genres.

“We’re here at Rogers Place, and it’s so nice of Roger to invite us in.” 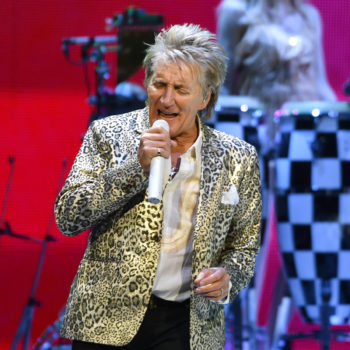 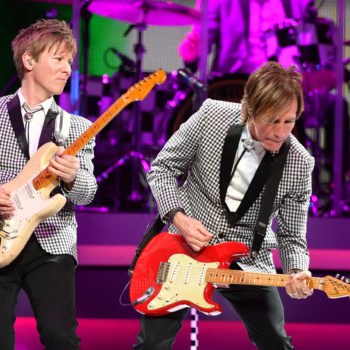 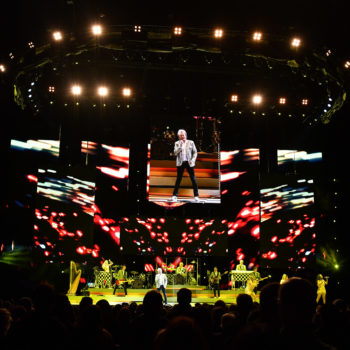 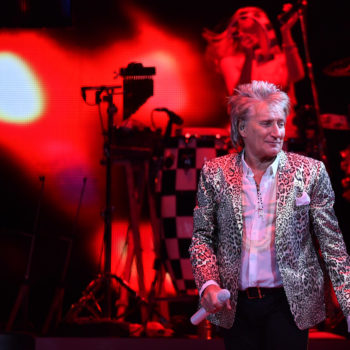 The showman knew not to make the entire show about himself by giving ample spotlight to the band and the crowd with solos for almost every instrument and regular crowd involvement. Holding his hands out to the crowd, Stewart called on the audience during the chorus to Cat Stevens’ “The First Cut is the Deepest”, which the crowd happily obliged with extra enthusiasm.

Sir Rod Stewart, who’d been knighted by the Duke of Cambridge in 2016, didn’t earn the title of ‘Sir’ without singing for a cause. Throughout the evening, the former Faces frontman paid tribute to causes close to his heart and influential musical figures who have passed on — all as emotional as his touching homage to former bassist Ronnie Lane with a cover of Van Morrison’s “Have I Told You”.

“This one’s for you, Ronnie,” Stewart said, pointing upwards to the rafters.

After the balloons had fallen and the curtain dropped on what had already been a memorable show for the packed crowd at Rogers Place, the twice-inducted member of the Rock and Roll Hall of Fame capped off the evening with a double-encore of his 1978 classic “Da Ya Think I’m Sexy?” and a cover of the Sutherland Brothers’ “Sailing”.

Only music royalty like Rod Stewart is able to stand the test of time like he has over a half century of performing, and it’s safe to say the memories of Friday night will last just as long in the minds of the Rogers Place faithful.