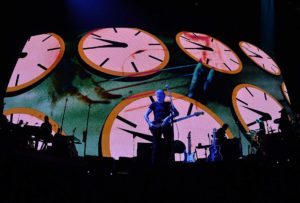 Bringing his first night of the Us + Them Tour to Edmonton, Roger Waters over-delivered on a night of expectedly epic music, supported by politically-infused and psychedelic audio and visual effects.

As the fans began to fill the seats, they were met by the calming sounds of a beach — a gentle wind, fog horns, chirping birds, and waves that sounded although they were crashing through the endless rows of fans seated on the floor. Reinforced by a large screen displaying what appeared to be a young woman staring out at the ocean, the soft sounds gradually grew louder to indicate the start of the show.

As the lights were drawn, the sky above the ocean scene began to produce a deep red hue, morphing into a ball of fire. As the camera panned out, the colours then turned to a cool blue, with spotlights suddenly revealing Waters onstage in front of the massive screen.

Opening on bass with “Breathe,” originally released in 1973, Waters promised a night of classics for the Pink Floyd fans. Co-founding Pink Floyd in 1965, the British singer-songwriter acted as the band’s co-lead vocalist and lyricist. Gaining international merit by the early 1980’s, Pink Floyd has been renowned as one of the most influential rock bands and successful music groups in history — with more than 250 million records sold worldwide and an induction into the U.S. Rock and Roll Hall of Fame in 1996. 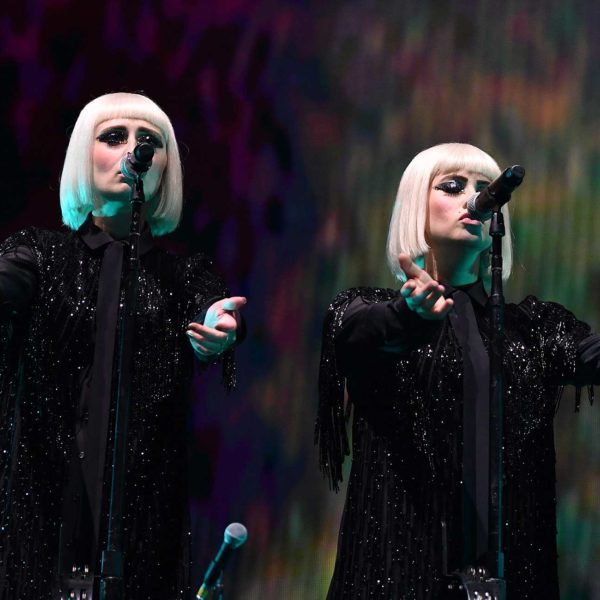 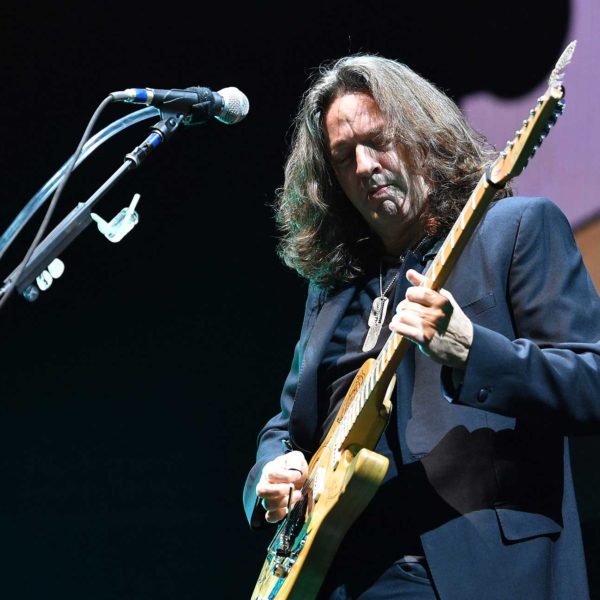 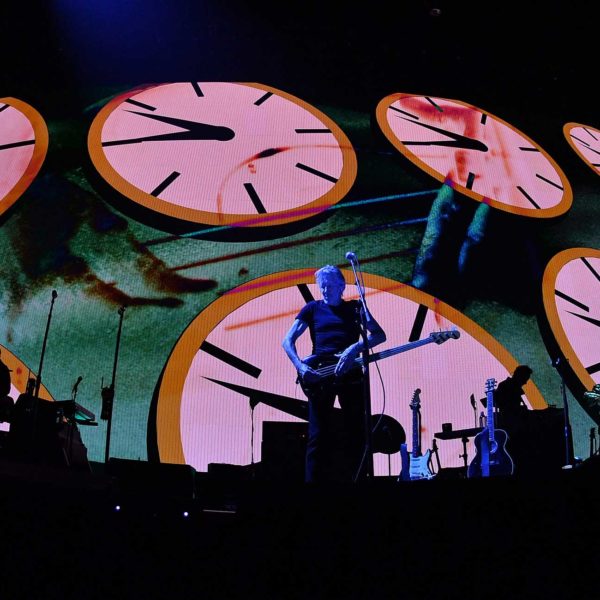 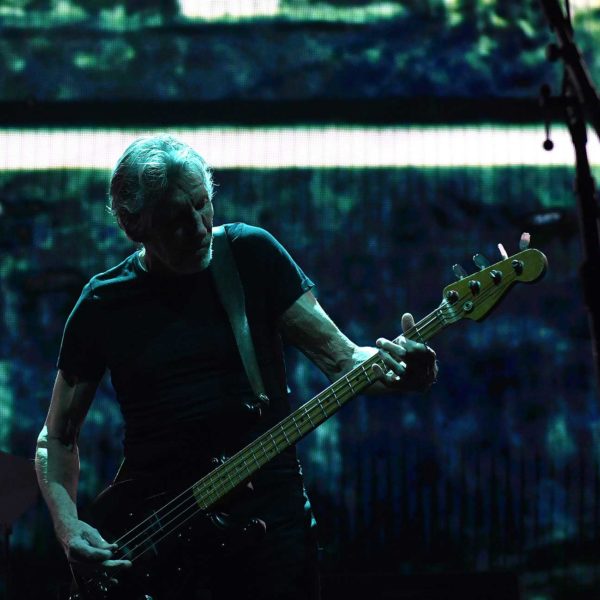 Although Waters is predominantly recognized for his many years of devotion with Pink Floyd, he offered fans the opportunity to gain an even greater appreciation for his solo work, playing singles like, “Déjà Vu,” “The Last Refugee” and “Picture That.”

Touring exclusively on his own since 1999, Waters maintains his position as the highest-grossing tour of all time by a solo artist — after completing The Wall Live Tour from 2010-2013.

Closing out the first act of his set with the highly metaphorical “Another Brick in the Wall” (Parts 2 and 3), a dozen children dressed in orange jumpsuits joined the stage repeating, “Hey! Teachers! Leave those kids alone!”

Removing their orange jumpsuits to reveal the word “RESIST” across their chests, the crowd erupted in applause as Waters ended Part 3 of the song with a shout-out to these local Edmonton participants — “They’re your kids,” Waters laughed.

After a brief intermission — featuring the sounds of emergency dispatch audio being emitted throughout the break — the artist took the stage in an even more thunderous appearance than before. 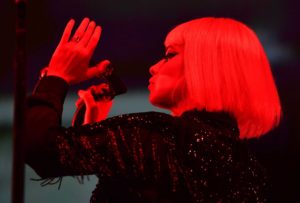 At the sound of sirens, massive beams — which were lit-up by flashing red lights — lowered in a hover just above the crowd. Screens slowly expanded from the beams, revealing what looked like large walls of a penitentiary, accompanied by a floating pig. The screens continued to be used throughout the second act, providing an all-senses-encompassing experience for fans.

From wearing pig masks and drinking campaign, to playing more hits like “Money,” “Us and Them” and “Brain Damage,” Waters upheld the enjoyably defiant energy inside Rogers Place for the rest of the night.

Intoxicated by the nostalgia of the classic Pink Floyd hits, while finding yourself inspired by his newer work, the night can best be summarized as a thought-provoking journey, with one of the most influential rock artists of all time.

And tomorrow night, Waters will do it all again. If you’re planning on attending, be sure to check out the Concert Guide for parking tips, door times and more!