A
little taste of Woodstock ‘69 was brought to Rogers Place on Monday night as Carlos Santana opened his 2.5-hour set with “Soul Sacrifice”, a song he played in the Catskill Mountains of New York State so many years ago. Even at the spry age of 70, Santana still commanded the stage like that skinny mustached boy that played at Max Yasgur’s farm in Bethel, NY. Luckily, for Edmonton fans, they didn’t have to watch Santana from a muddy farmer’s field, instead, they watched one of music’s greatest guitar players from the comfort of Rogers Place.

“You guys got a beautiful place here!”

The crowd shuffled in late as Santana took the stage early, but the energy was there from those in attendance as the guitar legend and his eight-piece band went straight to the classics. Following “Soul Sacrifice”, Santana hit the crowd with a steady stream of hits – “Jin-go-lo-ba,” “Evil Ways,” “Black Magic Woman” and “Oye Como Va” were all played in the first half of the set. In fact, the band didn’t stop for a break until nearly 40 minutes into the show, each song bleeding into the next forming one massive jam.  Santana finally paused to thank the crowd and comment on Rogers Place saying, “Wow, you guys got a beautiful place here!”

Undoubtedly, the signature guitar solos are the main reason to attend a Santana concert, but like all legendary musicians, there’s often a great supporting cast contributing to the overall show. The lead guitarist was more than willing to share the spotlight with his bandmates often signaling to the three drummers behind him and his keyboardist, Dave Matthews, to take over the solo reigns.  Of the drummers, Santana’s wife, Cindy Blackman Santana, lead the charge and astonished the Rogers Place crowd with a drum solo during the encore that expanded to nearly five minutes long. Eventually, each member of Santana’s band got their moment in the spotlight, the entire night built into a flurry of talented musicians trying to keep up to the guitar legend. 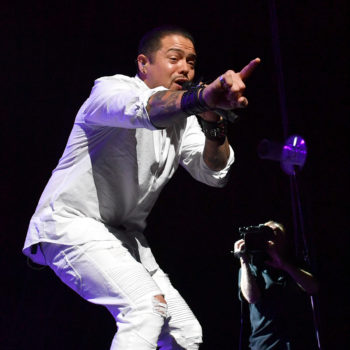 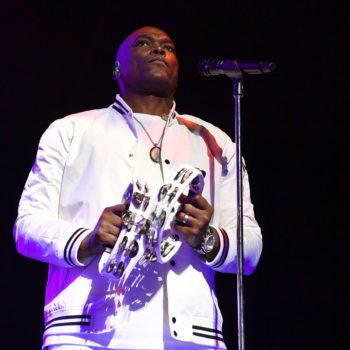 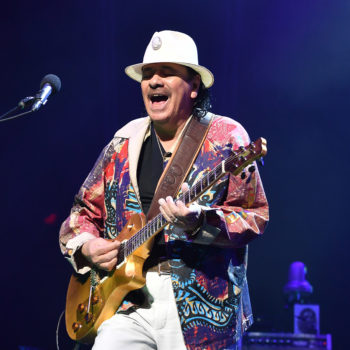 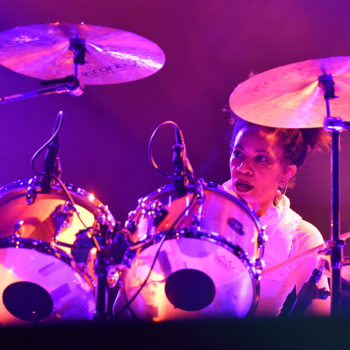 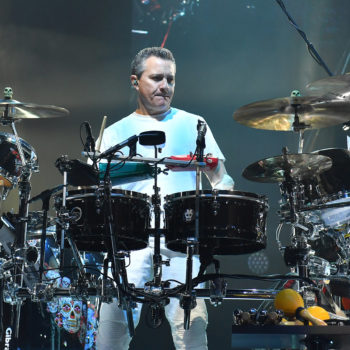 For the guitar aficionados out there, Santana played his signature gold, Paul Reed Smith guitar for the entire night, except when he switched out to a black Fender Stratocaster for “Voodoo Child (Slight Return)” a tribute to his Woodstock alumnus, Jimi Hendrix. For “Maria Maria” an acoustic was brought out on a stand so Santana could go back and forth between both, the guitar solo was note-for-note as it sounds on his hit album Supernatural. Today, it’s very rare for a musician to play one guitar for the majority of a show, most are often switched out for different songs, yet another reason why Santana’s guitar tone is so recognizable.

Other highlights of Santana’s set included an interesting cover of the Disney song “When You Wish Upon A Star” mixed with Earth, Wind & Fire’s “Shining Star”, a strange combo that Santana referred to as, “letting a hamster out of its cage.” The night finished with “Smooth” and a cover of The Chambers Brothers “Love, Peach and Happiness” where Santana encouraged the crowd to live a life of peace and joy rather than fear and anger. All of Rogers Place was standing and dancing for the encore, a true sign of a satisfied crowd.

Remarkably, after over 50 years of guitar soloing and spreading peace through music, Carlos Santana is the same showman he was on that Woodstock stage in 1969. Great music can span decades and certain songs will never fade, the crowd’s reaction at Rogers Place for Santana’s “Evil Ways” was proof that music never disappears, especially when there’s a guitar solo involved.