So, you’re a rocket scientist? Brad Pitt? You think you’re Elvis or something?

That don’t impress Shania Twain much.

What did impress on Wednesday night was the frenzied reception from a Rogers Place crowd for a Canadian country music star back on tour for the first time since 2015, celebrating her first full-length album in almost 16 years since Up! made its debut in November of 2002.

The five-time Grammy Award-Winner’s spirited 21-song set full of laughter, fun, love and heartbreak shattered expectations in the first of two back-to-back shows for the Canadian icon at Rogers Place as an early stop on her Shania NOW tour this summer.

Hit songs across four albums that have rocked the airwaves for more than 22 years charmed Shania’s faithful fans for nearly two-and-a-half hours, with Twain paying off their fandom with plenty of opportunity to revel in her spotlight throughout the evening. 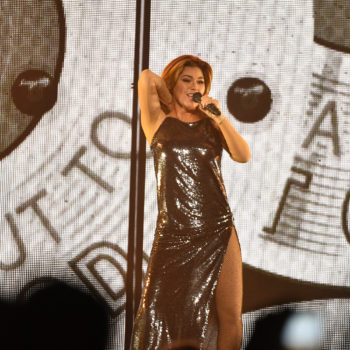 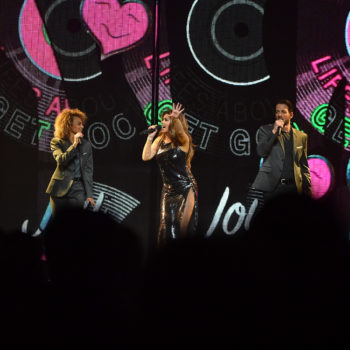 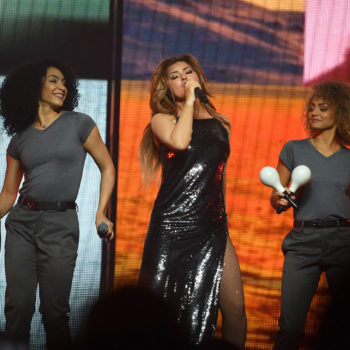 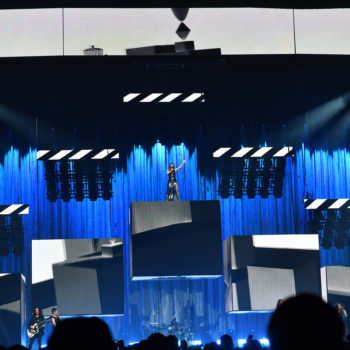 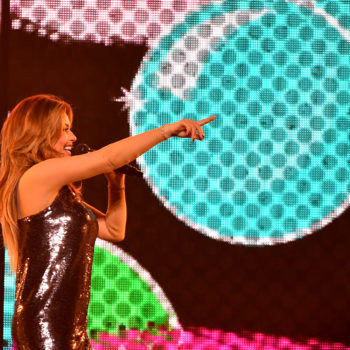 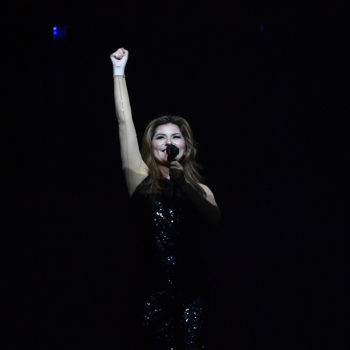 Switzerland’s Bastien Baker took to the stage to strike the night’s first chord as the crowd settled into their seats. The solo guitarist certainly knew how to play to a Canadian crowd awaiting one of the country’s greatest musical exports in Shania Twain to take to the stage.

“This next song I’ll sing is about a girl; a Canadian girl,” said the singer-songwriter before serenading the Edmonton crowd with his tune “Tattoo On My Brain”. The crowd let out a joyous yell when the 26-year-old continued the Canadian trend with a cover of “Hallelujah” by Leonard Cohen, another one of Canada’s musical royalty.

Shania had the audience captivated before the curtain could lift to begin the show. The country music icon made her way through the crowd stage-right to a big Alberta welcome of enormous roars and plenty of outreaching hands that the Timmins, Ontario-raised singer was happy to accept with a hand of her own.

In a flawless intro to the night’s musical journey, it would only be fitting for Shania to take her fans through the years with songs from each of the NOW, Come On Over and Up! albums. Fans certainly knew it was going to be a phenomenal show when the opening track “Life’s About to Get Good” from her new album immediately set the stage.

“I’d be lying if I said it wasn’t a little awkward on the way up, but here we all are together.”

Her recent return to the stage was an emotional one for Shania, whose success across a 20+ year career includes over 100 million records sold, the best-selling country music album in history by a woman (Come On Over, 1997), and a health condition that came close to ending her career during an extended hiatus from the music industry for the last 15 years.

“I’d be lying if I said it wasn’t a little awkward on the way up, but here we all are together,” said an exuberant Twain, who was just as happy to be back on tour as her fans after both thought her Rock This Country tour in 2015 would be her last.

A much more emotional and open Shania portrayed her evolution as a songwriter, which was exemplified in the lyrics from her newest NOW album that includes 16 songs that she wrote singlehandedly.

The roar of the crowd from the excitement of each hit grew as they came one after another, from the grooving drum and lyrics of NOW‘s “I’m Alright” to the artist’s own guitar in Come On Over‘s “You’re Still the One” as she levitated over the crowd to the back of the floor and an alternate stage.

It wouldn’t have been a “Party for Two” with only one on the stage. Bastien Baker returned to the stage for Shania’s 2004 country-pop hit – the artist’s 16th career number-one that was played live for the first time in 2015.

They say good performers always save the best for last, and in this case, the queen of country capped off the evening with a double encore of “Man! I Feel Like A Woman!” and “Rock This Country!” to send Rogers Place rocking into Thursday night’s denouement.