After watching Canada win gold in the figure skating team event at the 2018 Winter Olympics, experiencing the talent of some of our country’s top athletes in person was nothing short of awe inspiring. The athleticism, the poise, the talent – simply incredible. Stars on Ice came to Rogers Place on May 13th – Mother’s Day – and it did not disappoint. The family-friendly event filled Rogers Place with eager fans who gave a roaring applause after every performance. Twelve skaters made up the roster: Canada’s sweethearts, Tessa Virtue and Scott Moir, Patrick Chan, Jeffery Buttle, Gabrielle Daleman, Javier Fernandez of Spain, ice dance duo Kaitlyn Weaver and Andrew Poje, pair skaters Meghan Duhamel and Eric Radford, longtime fan-favourite Elvis Stojko and Edmonton’s own success story, Kaetlyn Osmond – who presumably had many friends, family and fans in the audience based on the reception she received every time she stepped onto the ice. Osmond not only had a breakout year in PyeongChang, the 22-year-old then went on to win the figure skating world title and was the first Canadian woman to do so in 45 years!

The skaters performed some of the programs that brought them success at the Olympics and World Figure Skating Championship – like Tessa and Scott’s Olympic gold medal winning Moulin Rouge – but also gave us routines we’ve never seen before. In between solo and duo performances, the skaters would come out for group routines, which provided a fun opportunity to see them interact with one another and show off even more personality.

It wasn’t hard to tell they’re all close friends, and as an audience member, you felt like they were inviting you to the party.

At the beginning of Osmond’s last solo, she put her hat, which was used as a prop in her program, on a woman sitting in the front row. Stojko also took time during one of his programs to hug another woman in the front. 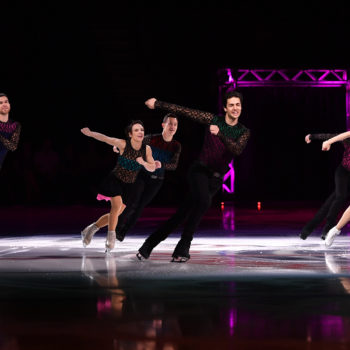 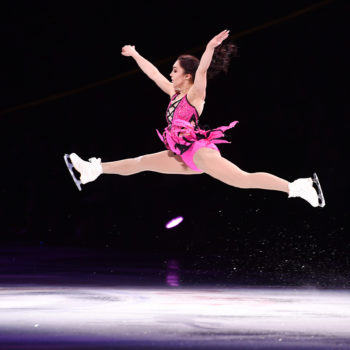 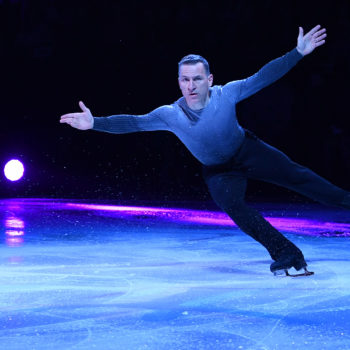 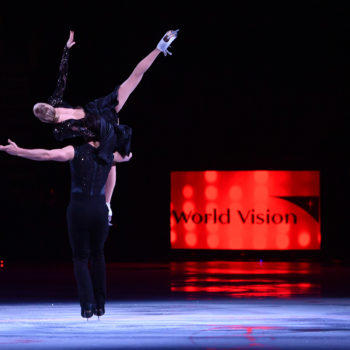 At one point before the men all went out for their group program to “Feel It Still” by Portugal. The Man, the guys gave us a behind-the-scenes look backstage; Moir started off a live introduction, which played on the scoreboard, by saying “Good evening Edmonton!” The camera then panned down the line as each performer added in their comment on the show before they came rushing out. To close out the evening, Moir held a camera while the group skated freestyle to a song from the musical Dear Evan Hansen – also shown live on the scoreboard, which gave the audience an up-close and personal point-of-view.

Many skaters announced their retirement from competitive skating after the Olympics, like Chan, Duhamel and Radford and possibly Virtue and Moir who have hinted at the thought. Sunday’s performances at Stars on Ice was potentially one of the last opportunities Edmontonian’s had to watch them shine live, and they did on the Oilers crest on Rogers Place ice.