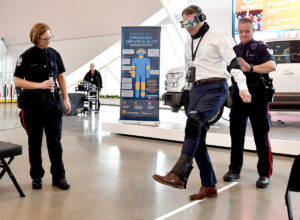 In time for the holiday season, Oilers Entertainment Group (OEG) teamed up with the City of Edmonton, Ford of Canada and the Edmonton Police Service (EPS) to share an important message regarding impaired driving.

“As a Sports and Entertainment organization, our number one priority is a safe and enjoyable experience for our guests and ensuring every person that walks through our doors gets home to their loved ones safely after cheering on the Oilers or watching their favourite band,” said OEG Vice President of Corporate Communications and Government Relations, Tim Shipton.

On Monday, December 5, a demonstration was shared with members of the media inside Ford Hall to show how drugs and alcohol impairs mobility and coordination. Using Ford’s newly-created Drugged Driving Suit — worn by OEG’s own Chief Commercial Officer Stew MacDonald — the crowd witnessed the simulated effects of impaired driving.

“All of your senses — from balance to vision and hearing — were all impacted by it,” said MacDonald after performing (and failing) the roadside sobriety test while wearing the Drugged Driving Suit. “It is impossible to believe that someone would even contemplate getting behind the wheel in that state.”

In an effort to raise awareness on the tragic risks involved when one gets behind the wheel while impaired, Ford’s Drugged Driving Suit is designed using padding, ankle weights, goggles with flashing lights, and headphones to imitate poor coordination and distorted vision associated with alcohol and illegal drug use.

“The message is to start changing attitudes and empower people.”

Wearing the suit, MacDonald performed multiple sobriety tests conducted by Constable Kathy Nelson. One of the tests involved MacDonald walking heel-to-toe along a white line on the floor of Ford Hall. MacDonald struggled to keep his balance and concentration due to the distracting nature of the suit.

“That was unbelievably accurate to how a person on drugs would perform on that test,” said Nelson. “The only thing missing was Stew was not impaired mentally.”

According to EPS, everyday an average of four Canadian lives are lost to impaired driving. In Edmonton, impaired driving is responsible for 35 to 45 per cent of all fatal collisions. This season, EPS is making it their mission to spread awareness on the impact that both drugs and alcohol have — equally impairing one’s ability to operate a vehicle.

“The message is to start changing attitudes and empower people,” added Nelson.

With support from OEG, Ford of Canada and the City of Edmonton, EPS’s message is one that everyone can stand behind during the holiday season and beyond.

“Your actions can save lives,” said Edmonton City Councillor Dave Loken, encouraging the public to make responsible decisions and to call 911 if they see someone who is impaired behind the wheel.

“The cost of a life is far greater than the cost of a taxi,” said Edmonton City Councillor Bev Esslinger, who shared her own personal story about the loss of her brother to an impaired driver. 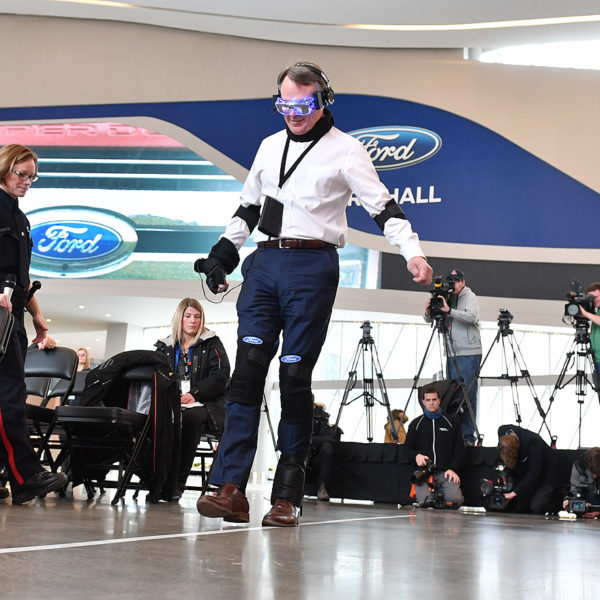 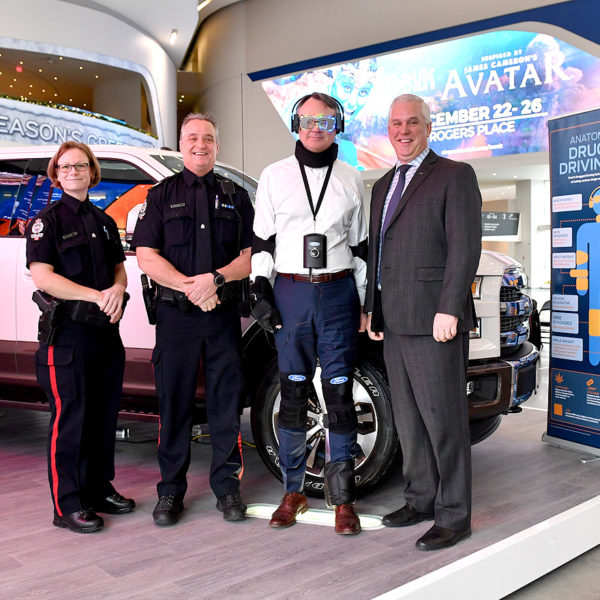 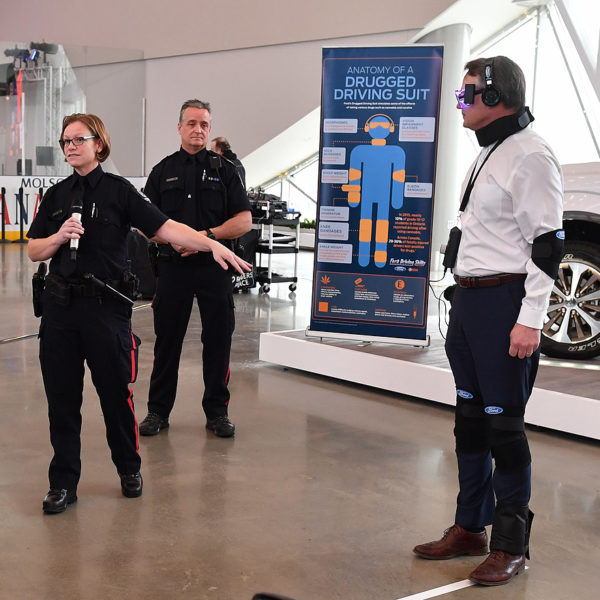 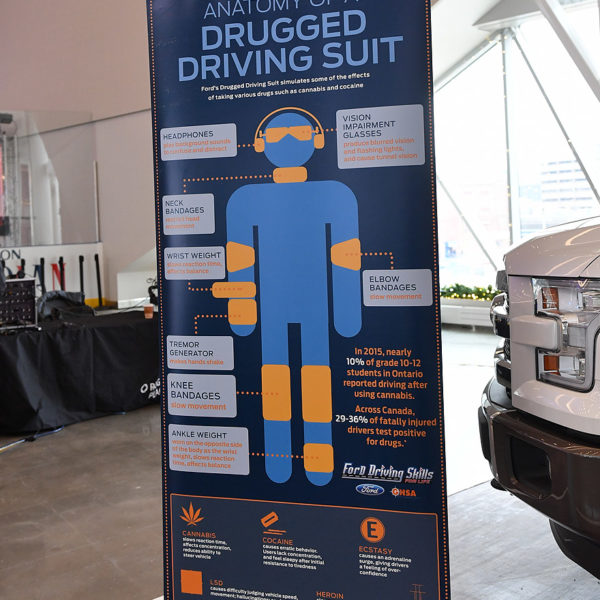 To learn more about public transit and taxi options available at Rogers Place, please visit our Getting Here page.

In addition, Rogers Place has a designated driver program where guests can sign a pledge located at Guest Services (Sections 121, 129 and 130). Those that sign will receive a free fountain pop at any location in the venue.