The Heart of Our City – Downtown 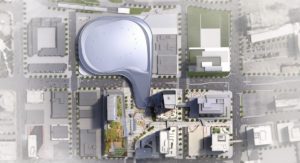 For many years, the downtown core was not the heart of our city, it was the place that went quiet after 5:30 PM after everyone had left from work. With Rogers Place and ICE District now drawing millions of people and further development to downtown it brought back life, entertainment and above all – the heart of our city.

Rogers Place and ICE District have been the magnet to kick start development downtown. The Downtown Business Association has seen a momentum of growth with new places to live, work, play, invest and even learn in the area.

“I think Edmonton is going to have the most vibrant, dynamic downtowns in North America. Why? Because we have not been the beneficiary of a ton of head offices, so we have to scramble,” explained Scott McKeen, Downtown City Councillor. “This is going to be largely a residential downtown, so people will be here after 5:30 at night.”

People are now enjoying downtown at all hours of the day, and it’s attracting new demographics to rediscover the area too. The transformation that has happened is only the beginning and will continue to transform the area for decades down the road. With the area only being 10-20% complete of the revitalising downtown project. McKeen added, “it was not a dead zone, but it is slowly growing.” You can expect new businesses, restaurants, condo buildings and hotels popping up over the years.

With Rogers Place being open for just under a year, it has already created a wonderful impact on this community. Garth Brooks nine shows at Rogers Place, brought around $42-million in revenue to our city. The Edmonton Oilers playoff run also had a substantial impact to downtown. The extended season attracted people from all over Oil Country into Edmonton’s core to watch the games.  “Garth Brooks and the playoffs have been a wonderful impact to the community during a fairly quiet time of year of the downtown area,” added Ian O’Donnell.

Ian O’Donnell noted, Edmontonians go away on weekends, however with the live entertainment and hockey games it has helped to drive more hotel stays. Hotel MacDonald has seen occupancy rates at par with last year, while the rest of Alberta has seen a decline.

“People want to be where people are,” said Garrett Turta, General Manager of Hotel MacDonald and Chair of the Edmonton Destination Hotel Marketing.

Hotel MacDonald has noticed more people are staying in the core to visit Rogers Place. Rogers Place is getting all the concerts over Calgary and people from Calgary, Saskatoon and Oil Country are drawn to the area to see a memorable performance or hockey game.

With a new luxury hotel such as the JW Marriot being built in ICE District Turta expects even more tourists to visit Edmonton. Turta adds this will start to make the downtown feel like Toronto, Vancouver, Montreal and Ottawa by having people eat, sleep and play in the area instead of commuting while they are visiting the city.

“Rogers Place and ICE District has been the best marketing tool for the downtown area ever,” Said McKeen. 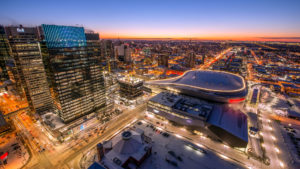 There have not been any major investments in the core in over 40 years but Rogers Place changed that. The city has seen a change in the downtown culture, and coming downtown is now a part of peoples’ routine. In addition to Rogers Place, the City is also reinvesting in the area by redoing Churchill Square, upgrading the streets, sidewalks, trees and street furniture.

Rogers Place and ICE District have paved the way to create a place where Edmontonians can be proud of. Stay up to date with all the ins and outs of ICE District and Rogers Place on RogersPlace.com and IceDistrict.com 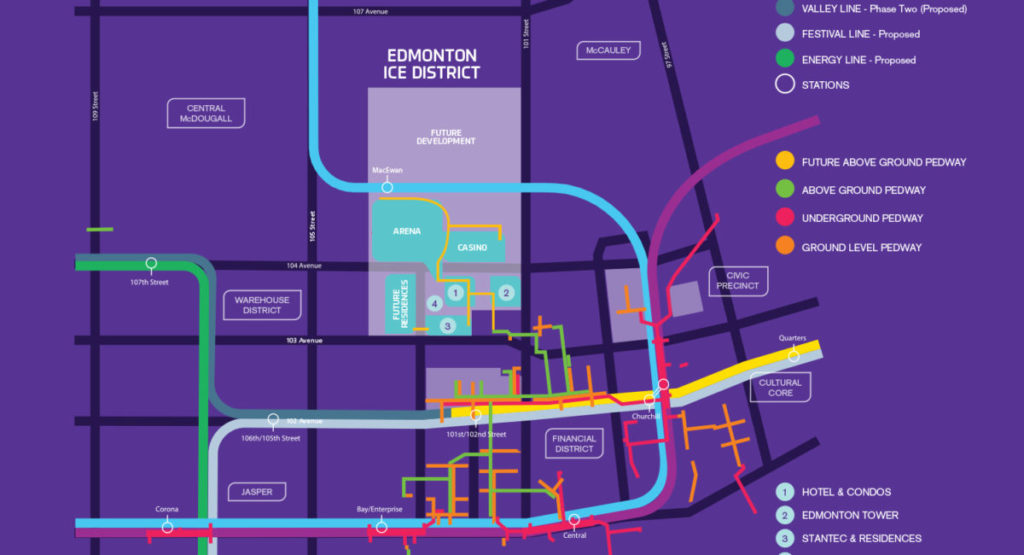