Bringing Starboy: Legend of The Fall 2017 World Tour — Phase Two to Edmonton, The Weeknd stopped off at Rogers Place Monday night, as he continues the western leg of his tour.

Amongst support from Canadian rapper and record producer Nav, and American hip hop recording artist French Montana, Rogers Place resembled less of a large music venue and more of an intimate nightclub as the two artists opened ahead of the main act. The soft purple hue that cast out over the crowd — caused from the beamlights above the stage colliding with the dense theatrical fog — fully embodied a VIP lounge experience.

As the hue dimmed and rolling dry ice spread along the stage, a massive space-like structure, decorated in strips of lights, descended from the rafters. Emerging from beneath the stage and opening with the tour’s title track, “Starboy,” The Weeknd appeared to the deafening chants of the energetic crowd. 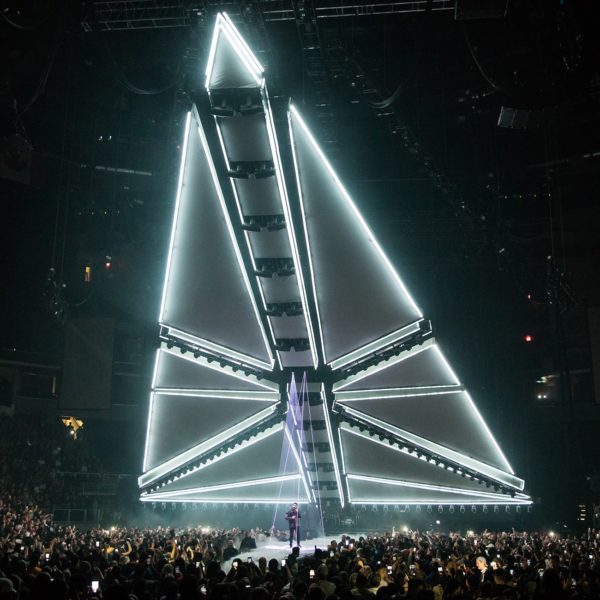 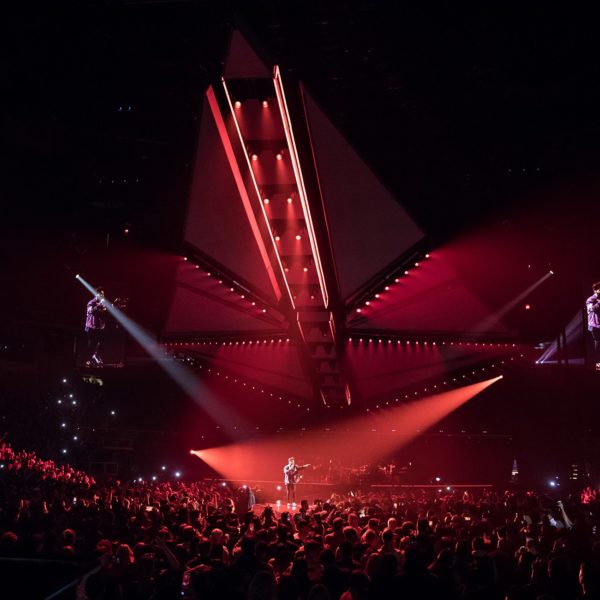 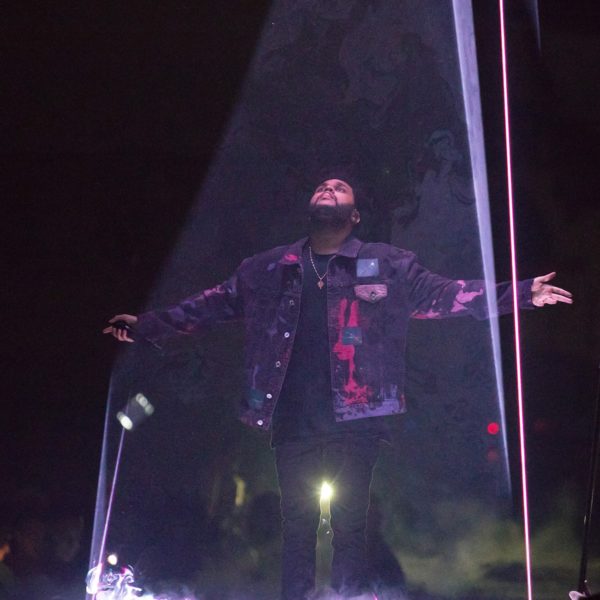 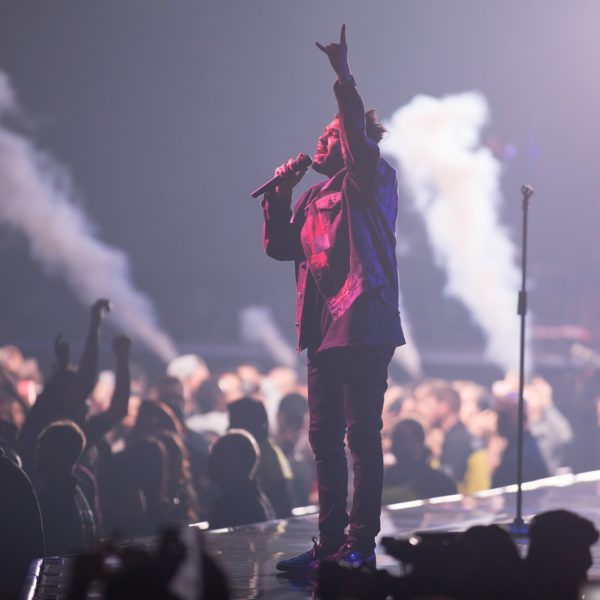 Born and raised in Toronto, Ontario, with the given name Abel Makkonen Tesfaye, The Weeknd first began anonymously releasing his music in 2010 onto YouTube. By 2013, the Canadian artist released his debut studio album, Kiss Land, and gained even greater traction for the hits from his second album — Behind the Madness.

With more than a 20-song set list, the 27-year-old gave ample opportunities for the crowd to sing along with the artist at Rogers Place to their favourite tracks including, “Wicked Games,” “Earned It” and “Can’t Feel My Face.”

As the lasers that emitted from the suspended spaceship danced along the ribbon boards circling the arena, The Weeknd cheekily asked the audience, “Are you trying to go home right now?” With every concert-goer still glued to their seats — or, more accurately, standing near their seats — no one was going anywhere until the overwhelming cheering request for an encore was met.

Giving the audience what they wanted, The Weeknd ended on what was arguably the pinnacle performances of the night, singing, “I Feel It Coming” and “The Hills.”

I Feel It Coming
The Hills