Florida Georgia Line brought the country back to Rogers Place on Friday night with the Dig Your Roots Tour.

The tour, sharing the name of their third studio album released this past summer, delivered a night to remember for the fully attended arena.

Country singer Chris Lane began the energy-packed night with singles “Let’s Ride” and “For Her”. Mixing it up from his typically country-inspired music, Lane brought an urban flare to the stage with “Who’s it going to be” and mixed covers of Backstreet Boys’ “I want it that way” and The Weeknd’s top single “I can’t feel my face.” Ending with his number one single “Fix”, the crowd joined in to sing along to the familiar lyrics.

Following Lane, Texas native Granger Smith reset the country tone, cued to the track of George Strait’s “Heartland”. Smith, with seven studio albums released, broke the barrier between the stage and the crowd, reaching out to high-five the fans that surrounded the treed end stage —which featured painted roots. Sporting a white t-shirt, blue jeans and a navy baseball cap, Smith capped off his outfit by proudly draping the bright orange Oilers flag over his shoulders. Smith closed the set with his top singles “Backroad song” and “Country boy song”.

While Smith joined Lane for a meet-and-greet with fans along the concourse, the stage was prepped for the stunning and adrenaline-inducing entrance of Florida Georgia Line. As the house lights were brought down, headlights glowed through white drapes to the sound of a revving engine, before dropping to reveal the duo raised on separate platforms.

Kicking off with “This is how we roll”, the stage heated up with theatrical fire and electrifying lights, supported by a digitally stimulating backdrop. Vocalists Brian Kelley and Tyler Hubbard pepped the packed house, shouting, “This is the last Friday night show for us of 2016,” before breaking into their second album’s title track “Anything goes”.

As the stage transformed with a warm hue of orange and yellow, topped with large blown-up trees, the duo introduced their latest album’s titled track, “Dig your roots.” 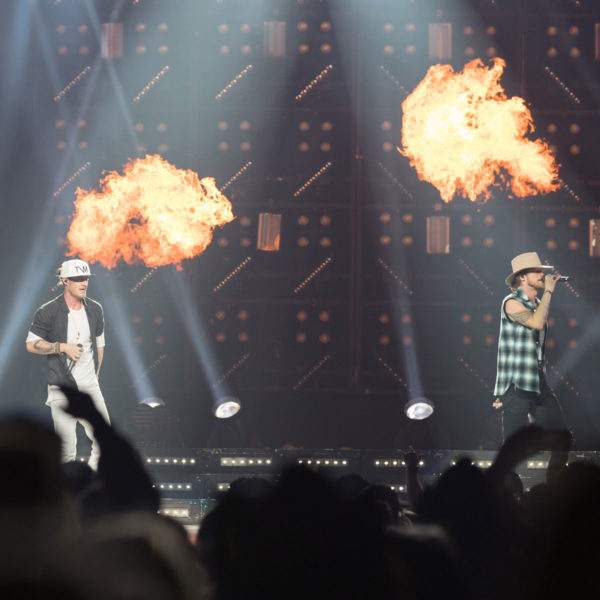 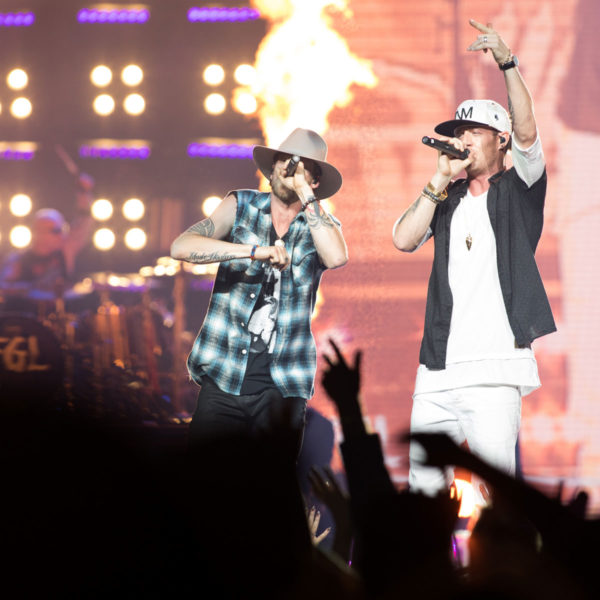 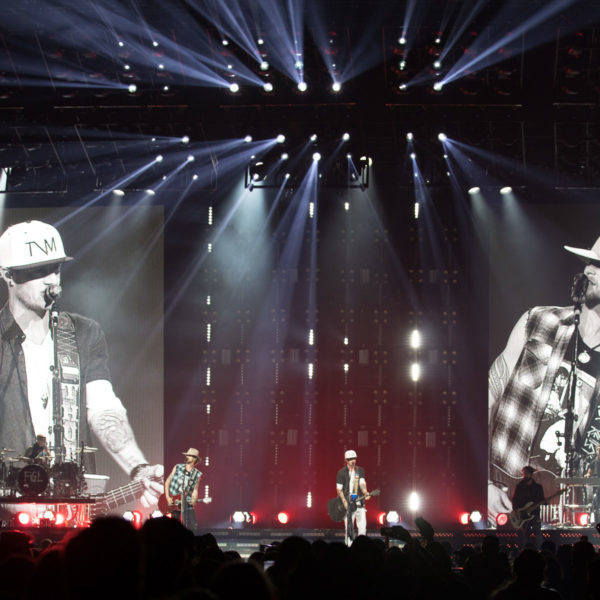 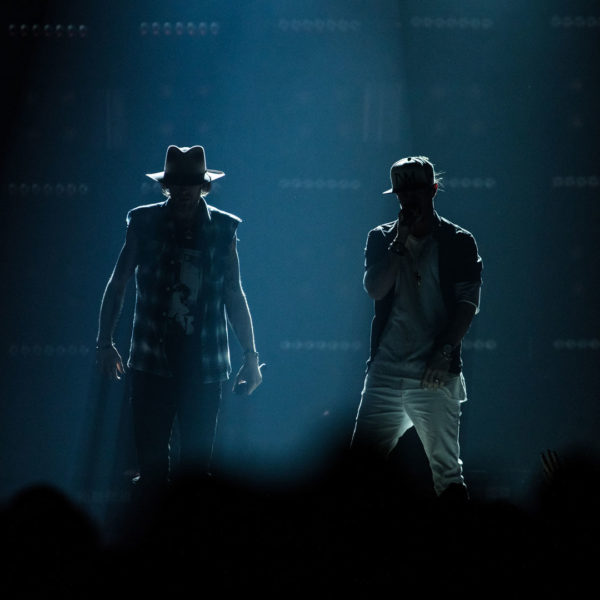 The country music duo officially formed in 2010 in Nashville, while Kelley originates from Florida and Hubbard from Georgia — giving the band their name. Initially discovered by Nickelback producer Joey Moi at a county fair, the band says they continue to remain true to their country roots.

“You guys are absolutely blowing our minds!” Hubbard energized the crowd, as they broke into crowd favourites “Confession”, “Stay” and “Dirt”.

Leaving the main stage, the singers moved to a smaller stage towards the other end of the arena, which donned small yellow lights strung-up on tree branches and a large fire pit. Before sitting down on stools to continue the performance, Kelley quipped while looking up at the packed house, “This is a lot different than four years ago when we performed at Knoxville’s.”

From their animated start, to a humble rendition of “H.O.L.Y”, the crowd followed the duo’s journey of energy throughout the night.

Ending with an encore of the best-selling hit, “Cruise”, Florida Georgia Line dug their country roots into Rogers Place, leaving a greatly entertained crowd behind them.