Worth Its Weight In Gold

The first thing you notice about Olympic medals is the weight.

There was plenty of hardware on display at Rogers Place – five gold, two silver and three bronze medals to be exact – when Alberta-based athletes from the PyeongChang 2018 Winter Olympics were honoured before puck drop between the Edmonton Oilers and Las Vegas Golden Knights on Thursday, April 5.

“It’s pretty cool just to feel, and I don’t think it’s going to get old showing people and seeing their faces when they get to hold it,” said Men’s Ice Hockey bronze medalist and Camrose, AB product Karl Stollery. “To be able to play in this year’s Olympics was once-in-a-lifetime and something I’ll cherish forever.”

The athletes also received a tour of Rogers Place and were served dinner in the Oilers Hall of Fame room before watching the team battle to a 4-3 victory. Prior to visiting the facility, the group spoke before schools, media, local MLA’s and Premier Rachel Notley as ambassadors for high-performance sport before receiving an ovation from the legislative assembly during Question Period at the Alberta Legislature. 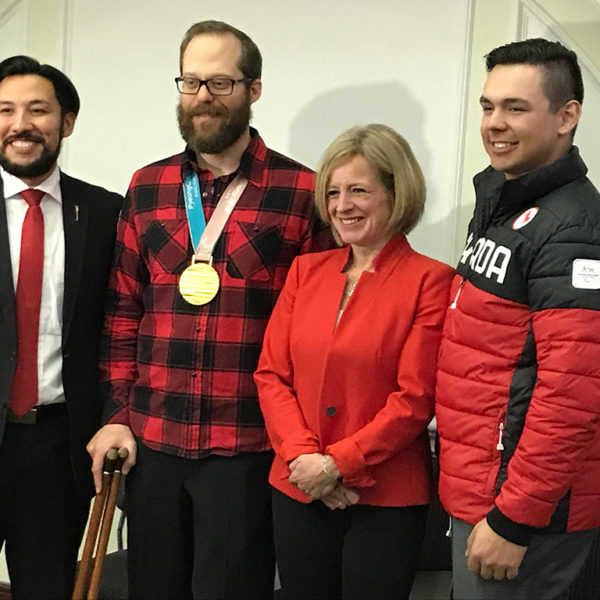 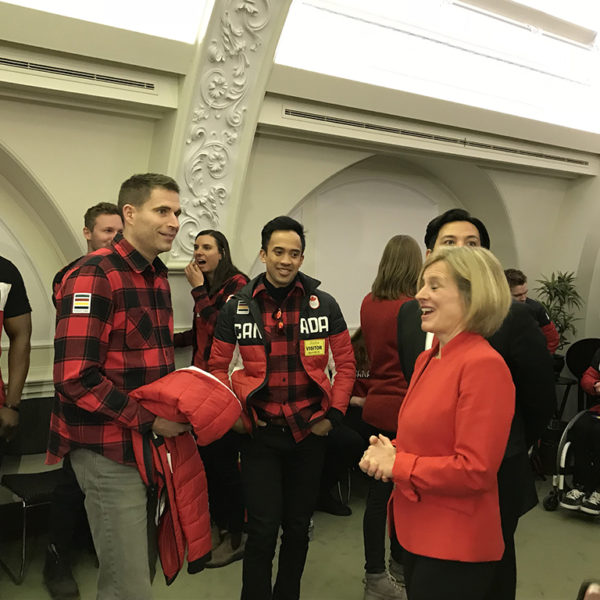 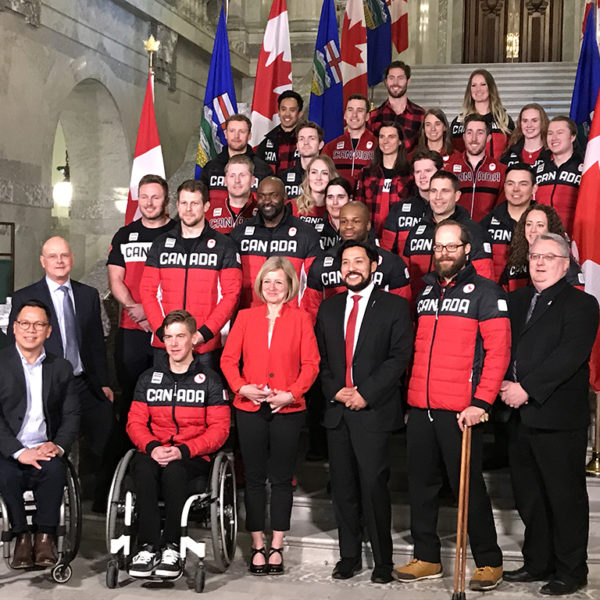 “I’m a proud Albertan,” added curler John Morris, a gold medalist in Mixed Doubles Curling. “I played out of Edmonton for many years and I think there’s some of the best fans in the world here. I feel very privileged and honoured to be here today.

“We poured our hearts out there in [South Korea] and it’s been such a special reception here tonight. It feels great to be a Canadian and Albertan.”

The night’s reception at Rogers Place is one the athletes won’t soon forget, along with the opportunity they had this past February to represent their country on the world stage.

“It’s honestly still tough to put into words,” said Calgary-based Jack Leitch, who won gold and bronze in Paralympic Visually Impaired Men’s Downhill and Giant Slalom as a guide for skier Mac Marcoux. “It was an unbelievable experience. All the countries and athletes over there, it’s unbelievable seeing them all come together in the same place.

“Just popping on that Canada jacket on a stage like that, you get a pretty big sense of pride.”