With the second season of hockey underway at Rogers Place, the building took a quick break from the ice to warm-up with three concerts this week.

Setting somewhat of a bold, rebellious tone, Phantogram was followed by the multi-instrumentalist main act. Ranging from keyboards to synthesizers and the cello to the mandolin, Arcade Fire continues to push the boundaries of the contemporary music world with their variety and integration of different instruments. 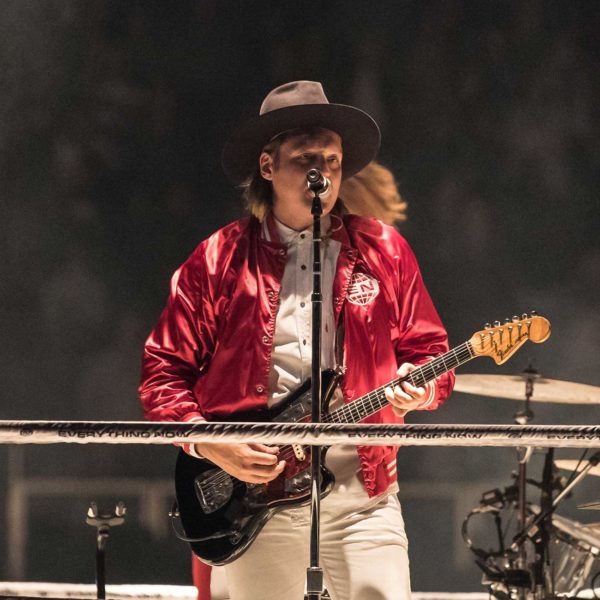 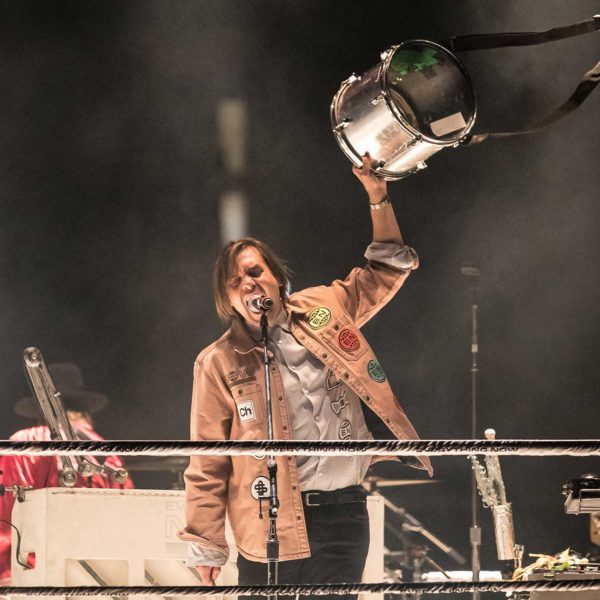 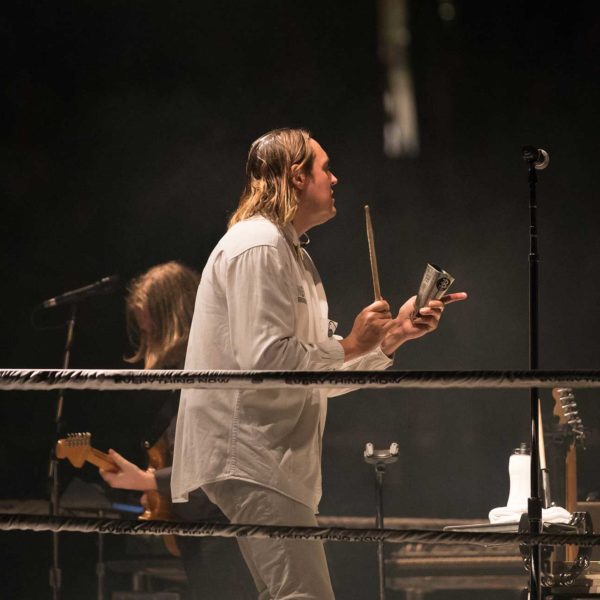 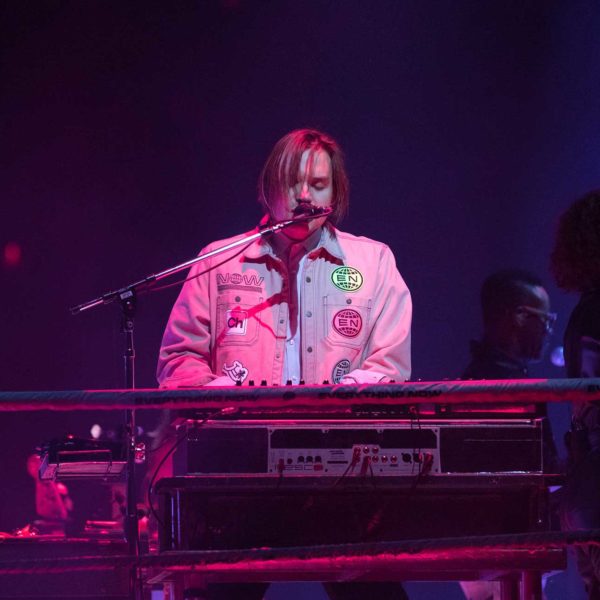 Opening with their title track, “Everything Now,” the Montreal band were quick to buy themselves a loyal audience for the remainder of the night. With a 360-degree centre stage, nearly two thousand general admittance standing floor tickets were made available for fans to get up close to their music idols. Eagerly packing every side of the stage, fans both on the floor and seated above were able to experience the band front-and-centre; supported by the drummer’s rotating platform, while the other musicians danced with a carefree spirit across the square stage.

Consisting of husband and wife Win Butler and Will Butler, along with band members Regine Chassagne, Jeremy Gara, Tim Kingsbury and Richard Reed Parry, Arcade Fire first came to prominence in 2004 with their debut album, Funeral. After receiving vast critical acclaim for the album and winning the 2008 Juno Award for Alternative Album of the Year for their second album, Neon Bible, the band continued to rapidly grow esteem.

Despite the thousands of fans present and the sheer size of Rogers Place, Arcade Fire found a way to make this large arena feel like a small, intimate, underground music venue. Performing fan-favourites like, “Rebellion,” “My Body is a Cage,” and “The Suburbs,” the band kept the fans engaged and on their feet.

Sending fans off in the night with a final performance of “We Don’t Deserve Love,” and “Wake Up,” Arcade Fire left a chill in the air from their riveting vocals and overall inexplicably striking sound.

The third and final concert of the week, Kings of Leon, take the stage this Friday night at 7:00 PM. Doors open to the public at 6:00 PM. For more information, visit the Concert Guide.

We Don’t Deserve Love
Everything Now
Wake Up