EDMONTON (Aug. 26, 2014) – The Edmonton Arena District (EAD) joint venture, between Katz Group and WAM Development Group, announced today the construction of Edmonton’s newest and tallest tower and one of the tallest structures in Western Canada. The new 62-storey tower will be located in the Edmonton Arena District on the corner of 102 street and 103 Avenue with Stantec as the anchor tenant.

Designed to be a LEED Gold Certified building, this mixed-use office, retail and residential project will span approximately one million square feet. The 746 feet high (224 metres) tower, which will host 26 storeys of offices and close to 320 residential units, will be one of the largest mixed use buildings in Western Canada. Construction will begin this fall and the building is scheduled to open in summer 2018. The iconic architecture and innovative design of the new tower will be a significant addition to the Edmonton Arena District and will help elevate and revitalize Edmonton’s downtown core.

“This new building will revolutionize the downtown landscape in Edmonton and will set expectations for future buildings in the city,” said Darren Durstling, President and CEO of WAM Development Group. “This tower was designed, engineered and project managed entirely by Stantec, showcasing their vast capabilities and experience.”

Some of the tower’s key features include the lobby opening directly into the vibrant public plaza, providing direct access for all office employees and residents to enjoy. The top of the tower will also include an iconic design element, representing the personality of the Edmonton Arena District.

“We are very proud to be partnering with one of Edmonton’s most successful and most respected companies on what is surely going to be an extraordinary addition to our skyline,” said Daryl Katz, Chairman of Katz Group. “I have every confidence this tower will be the cornerstone of Stantec’s continued success, and that it will drive the ongoing development of the Edmonton Arena District in a very powerful way.”

Currently located in office buildings across downtown Edmonton and headquartered at 10160 112 Street NW, Stantec will lease approximately 450,000 square feet of the new tower. Stantec chose the Edmonton Arena District as its new headquarters in response to the needs of their employees, including easy access to public transit in an amenity-rich location, and the desire to have their presence have a positive impact on rejuvenating Edmonton’s downtown community,

“We are proud to have both our people and our designer’s work play a role in enhancing the vibrancy of the Edmonton Arena District,” said Bob Gomes, president and CEO of Stantec. “Stantec, WAM Development Group and Katz Group all have deep roots in this city, and it’s exciting to see the creativity of our companies come together to contribute to the revitalization of our downtown community.” 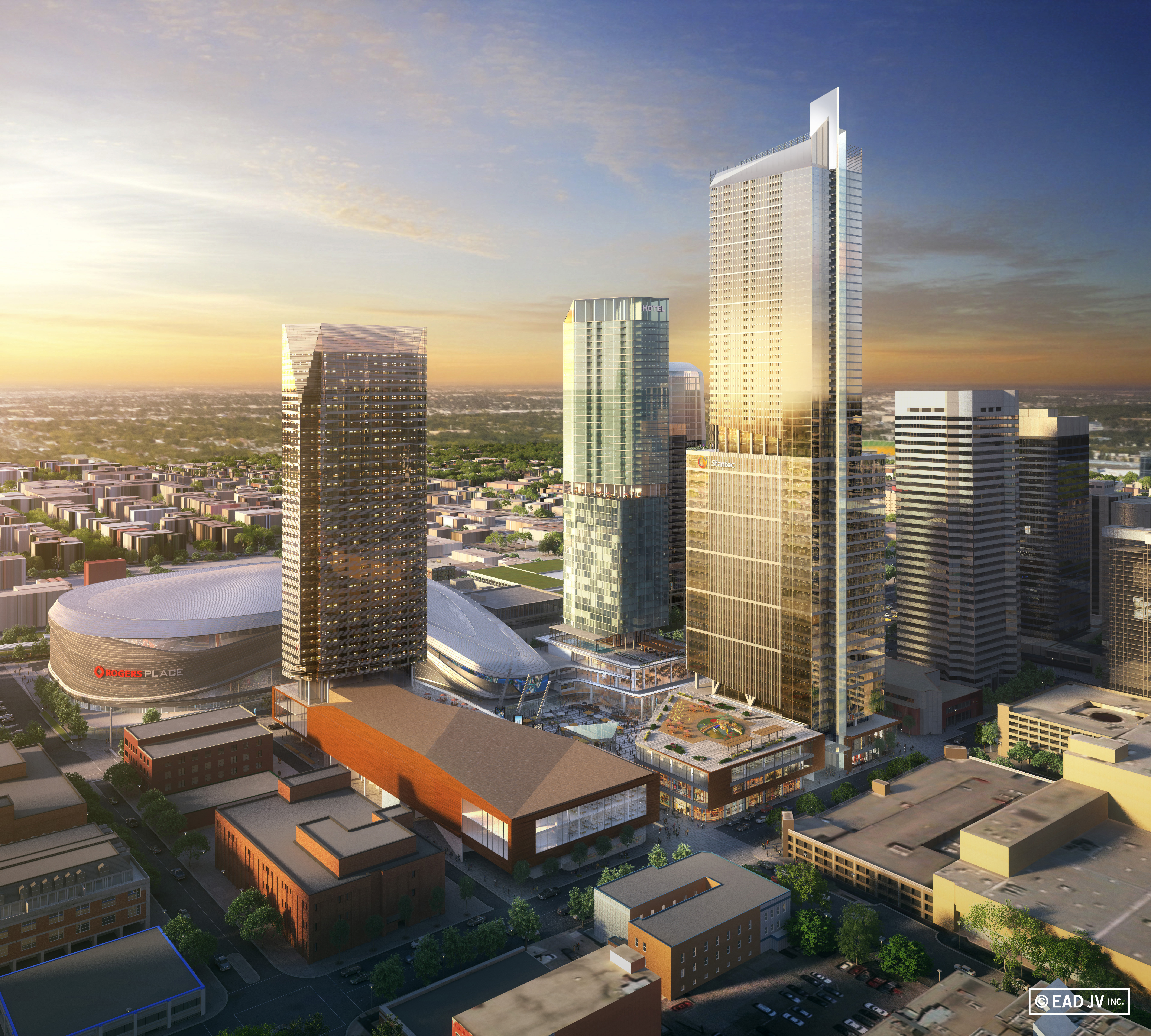 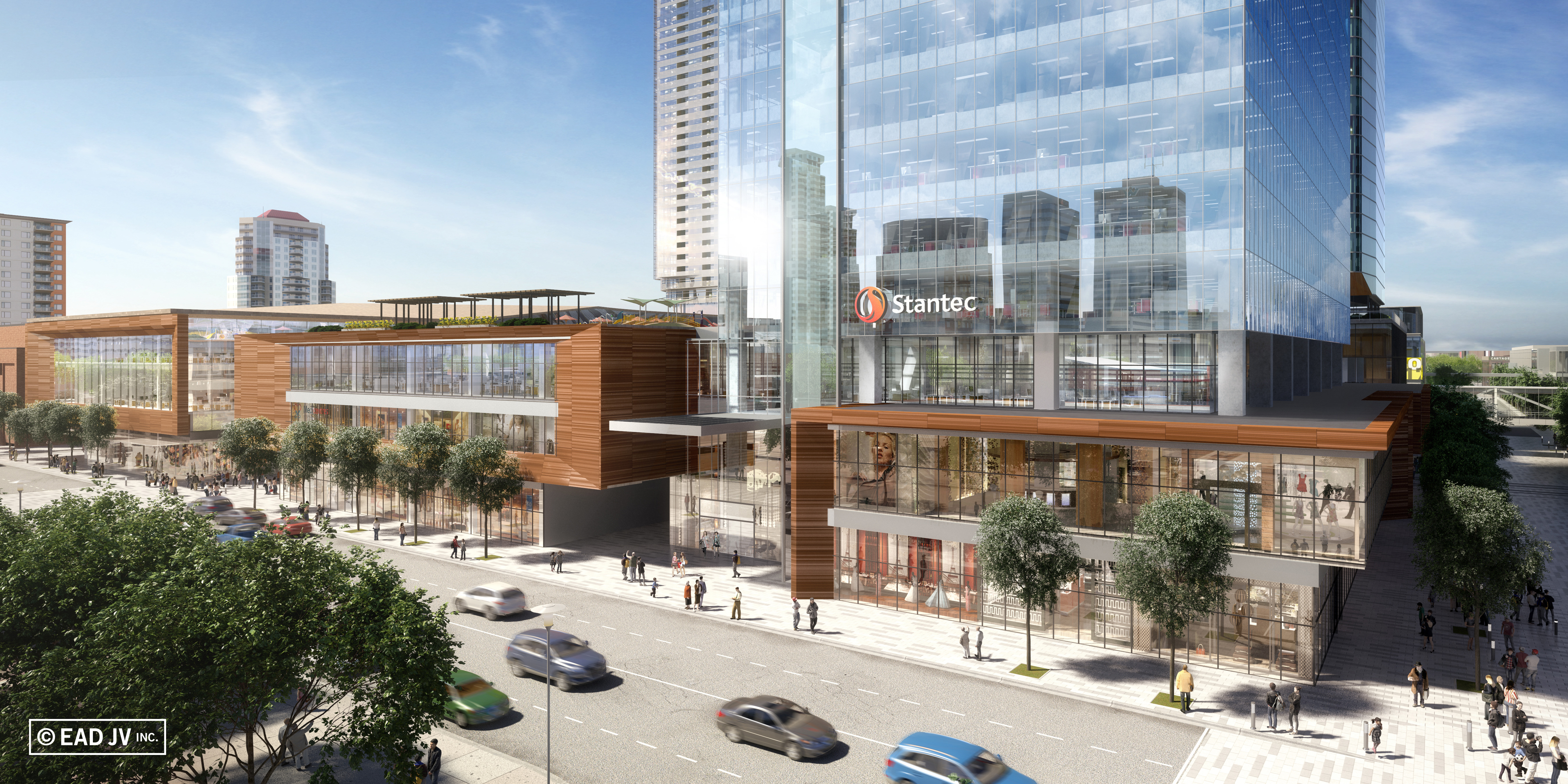 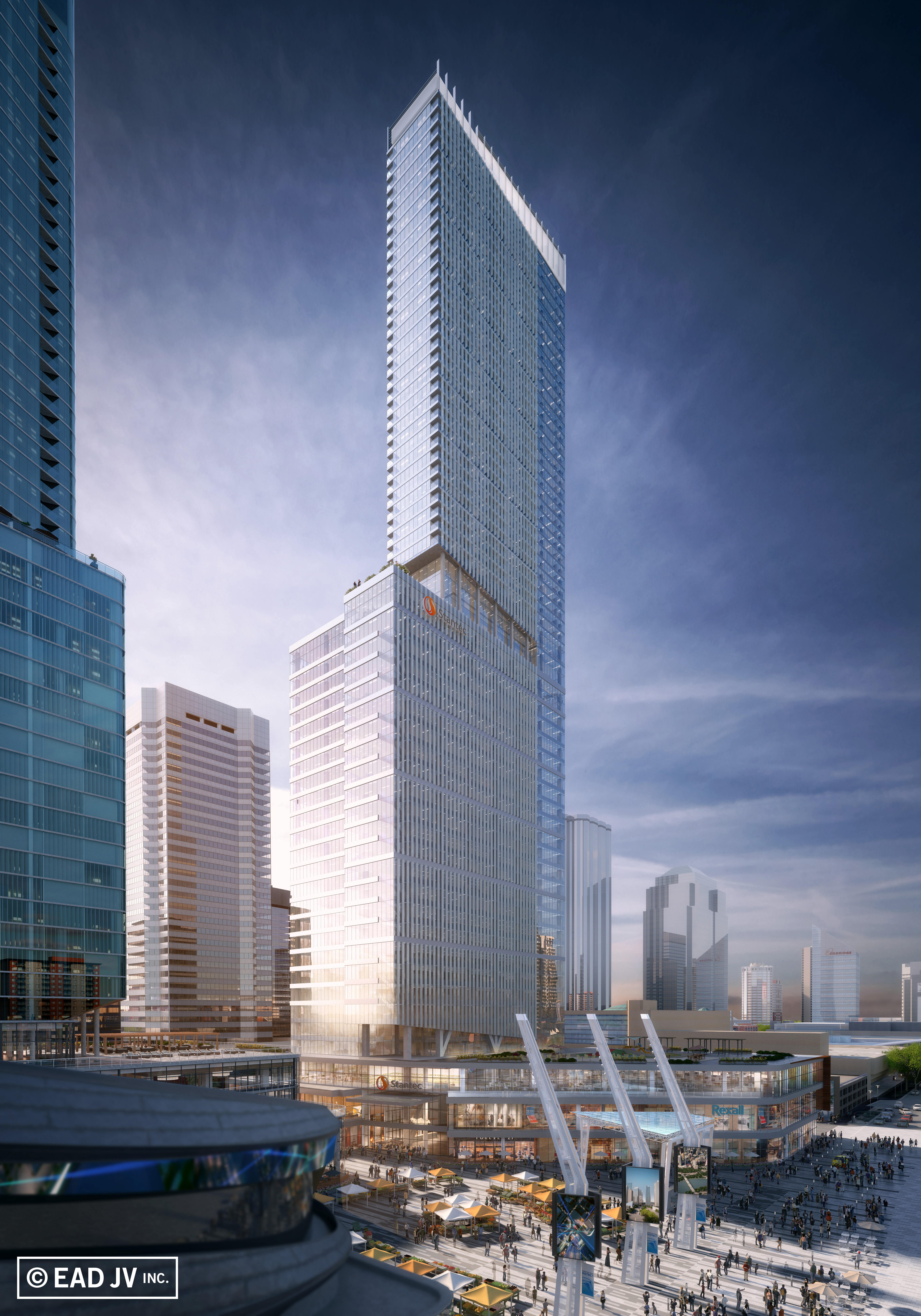