A few weeks ago, Rogers Place reached yet another major milestone, welcoming over 400,000 guests inside the newly opened building in just two months. Hosting more than 10 star-studded concerts and 25 NHL games, among many other exciting live events, Rogers Place has not only welcomed guests from Oil Country, but it has been quick to grab international attention.

On Friday, November 11, more than 50 visitors from Germany were at Rogers Place to attend their very first NHL game — with a birds-eye-view from inside the trendy Sky Lounge. For many, it marked their first visit to Canada.

Kubler, proudly sporting his newly purchased Oilers Christmas sweater, was one of 25 contest winners (plus a guest) sent from SWR3 — Germany’s number one radio station — in collaboration with Edmonton Tourism.

“The radio station held a contest over a two-week time period in August and September,” said Edmonton Tourism Stakeholder Relations Manager, Lauren Farnell.  “They had tens of thousands of entrants who answered questions on the radio or online in order to win their trip to Edmonton.”

Farnell added, “It is fair to say that this has been the highlight. Ever since they arrived a couple of days ago they’ve all been talking about attending a hockey game — their very first hockey game — they were really looking forward to seeing the brand new building. So this is just a really thrilling opportunity for all of them and it’s great for us on behalf of Edmonton Tourism because we get a great opportunity to showcase this amazing building.”

“It’s completely different to the games I watch in Germany.”

Known for his appearance as a contestant on The Voice of Germany and from his YouTube channels — where his music videos have received millions of hits — Giesinger was just as thrilled as the dozens of other visitors from Germany to be at his first NHL game.

“We are watching our first ice hockey game live with the best team — the Oilers! And we are really excited!” Giesinger said. “It’s really entertaining. It’s completely different to the games I watch in Germany.”

He added, “It’s my first time in Edmonton, and I’ve never been to Canada! I would like to come back soon!”

But Giesinger wasn’t the only celebrity encounter the guests experienced.

Although some of the guests may have been unfamiliar with the game of hockey, many recognized fellow German and Oilers forward, Leon Draisaitl.

“They all know Leon Draisaitl, he is their countryman, a member of the team they can connect with because he is from Germany,” said Farnell.

Unbeknownst to the guests, the Edmonton Oilers had arranged for Draisaitl to meet the fans the following day before morning skate. 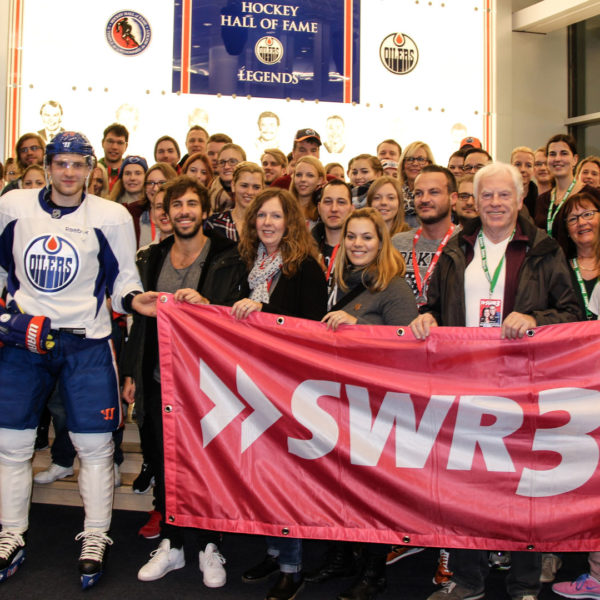 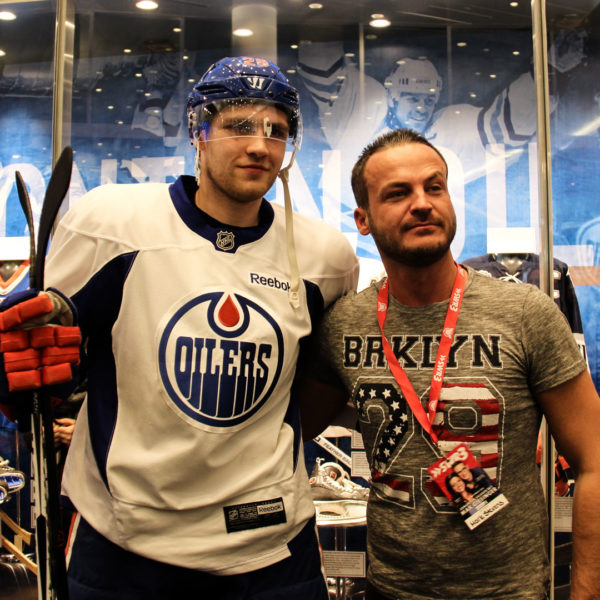 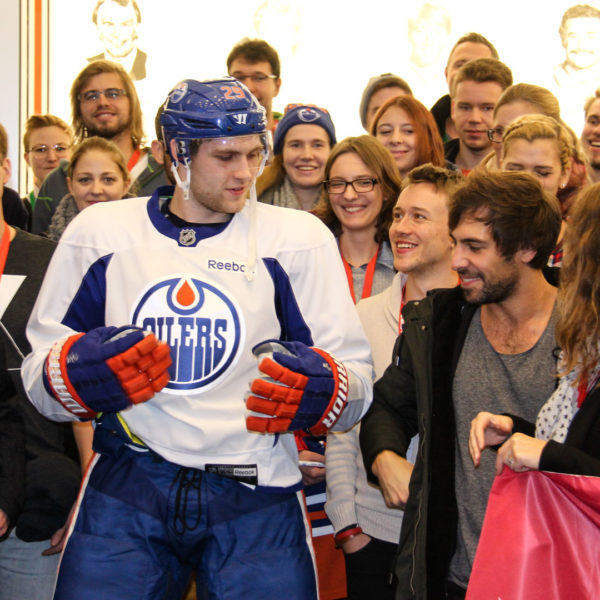 “It’s always nice to have German people in the crowd watching the game — it was good to see them,” said Draisaitl when asked recently about the visit.

“I think that’s the dream of a lot of German people — to watch an NHL game — and a lot of people never really get the chance to see a game over here and spend some time over here. I really hope they enjoyed their time,” he added.

After taking a photo with Draisaitl inside the newly unveiled Oilers Hall of Fame room, the group returned home to Germany with a truly unforgettable story to tell.