Did your UFC-loving employee call in sick on Thursday?

On Thursday afternoon, Rogers Place opened its doors to more than a hundred eager UFC fans — all attending to catch their first glimpse at one of the four fighters participating in the two title fights on Saturday night.

“I didn’t know the crowd in Edmonton would be so big. This is going to be awesome!”

The workouts each lasted approximately 15 minutes, followed by a Q&A period with media, and a chance for fans to get autographs and pictures with their favourite fighters.

“It’s just amazing to witness this. It’s my first time [seeing UFC live] and I’m so happy. I’m happier than anyone else in here!” he added.

Standing right at the front of the barricades facing the stage, Bull could not help but gleam with excitement as he watched Ray Borg warming up to Mötley Crüe.

“I’m just confident that I’m going to be the guy to do it [stop him from breaking the record],” said Borg.

“I think it’s going to make a scary night for DJ,” he added. 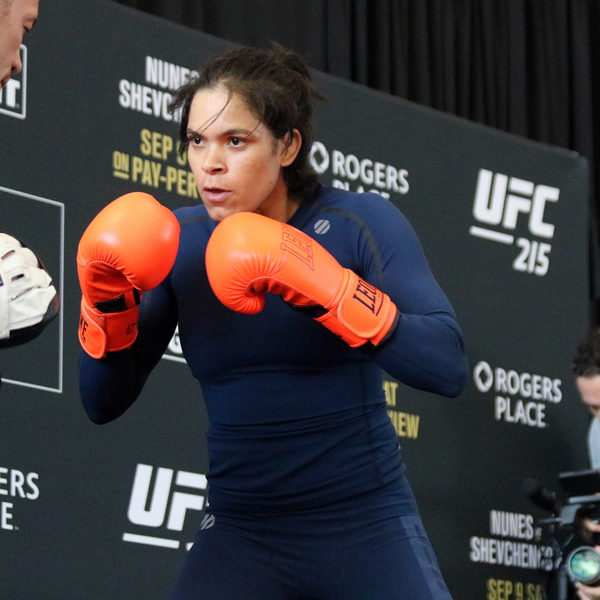 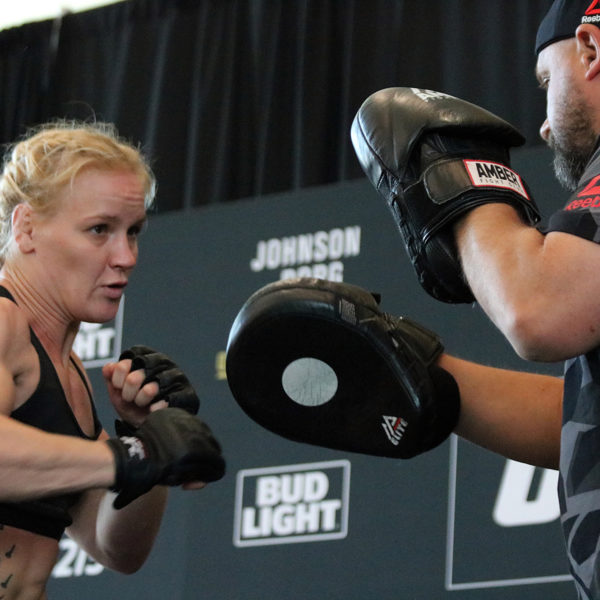 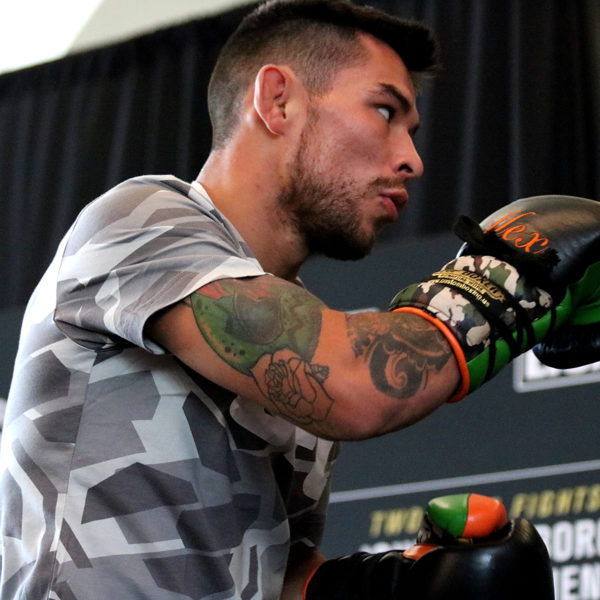 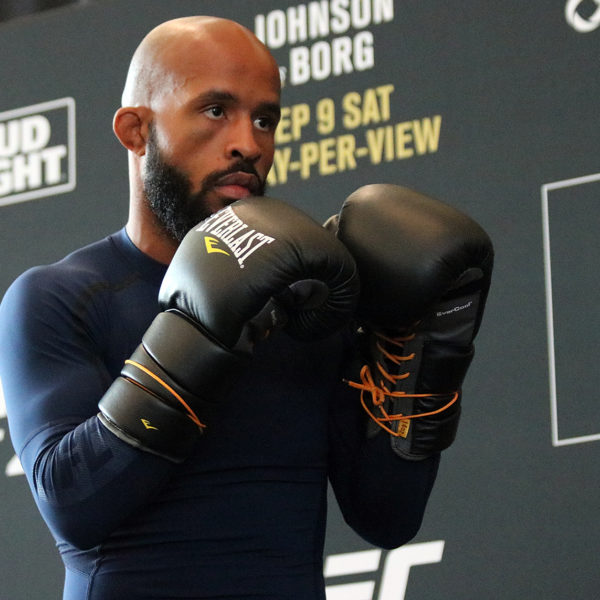 Also looking to take away a title, Valentina Shevchenko proved her agility and strength through a display of different sparring and training sets inside Ford Hall.

The cheering crowd watched as Shevchenko demonstrated the depth of her concentration and might, as she prepares to face Amanda “The Lioness” Nunes on Saturday.

“I know it will be a good fight,” Shevchenko confidently told the media on Thursday.

“Every time that I feel support — this kind of support that I was feeling here today — it’s giving me more motivation and extra energy,” she commented on the highly-engaged crowd at Rogers Place.

Nunes added, “I didn’t know the crowd in Edmonton would be so big. This is going to be awesome! I know UFC is going to come back here.”

Didn’t make it out to see the Open Workouts and still hoping to catch a glimpse of the fighters before the main event on Saturday? Join us at Rogers Place tomorrow (Friday, September 8) from 2:30 PM – 4:30 PM for the EA Fan vs. Fighter Promo and Weigh-Ins.

This event is free and open to the public! Weigh-Ins will begin at 4:00 PM inside the Rogers Place Bowl.