Welcome to YOUR Rogers Place

Thousands of fans waited eagerly inside Ford Hall on Saturday morning to get their first glimpse inside downtown’s newest facility.

“Wow,” “amazing,” and “incredible,” were just some of the words being used to describe Rogers Place as fans explored the many different levels and areas, once inside.

James Torrens, one of the ‘First in’ Rogers Place contest winners, described his experience seeing inside the building before it was open to the public:

“Looking back on it, to be one of the first people in here is something I’ll talk about 30 years from now.”

Born and raised in Edmonton, Torrens said the highlight of his tour was seeing the bowl.

“I’ll make sure to get some tickets when they’re released on Tuesday!” he added.

Torrens was just one of the thousands of fans who couldn’t wait to soak-in the Rogers Place experience. From seeing the massive, high-definition, LED scoreboard in action, impressive views of the bowl from every level, to overlooking Ford Hall with its stunning architectural

curves and immense natural light, there was something spectacular waiting to be seen around every corner.

“Edmonton is very lucky to have a facility like this,” said Oilers fan Randy Bertrand.

Beaming with orange and blue pride, Bertrand — who was visiting the arena for the first time alongside his daughter in-law, son and grandson — added, “It’s unbelievable — just the quality of finish and the beauty of this facility.”

The three generations were left speechless by the sheer size and clarity of the scoreboard.

“It’s magnificent. It really gets your attention as soon as you see it,” said Bertrand.

Trevor Ewanchew, a fan from Sherwood Park, matched Bertrand’s sentiments — “I walked in and I’m absolutely amazed. That scoreboard is fantastic. There’s a beautiful view anywhere you are in the arena.”

“This is just absolutely amazing,” he said, his eyes lit-up with excitement.

One fan who has seen her fair share of NHL arenas around North America, Loretta Golby, commented, “This is pretty spectacular.”

“We’ve been in a lot of hockey rinks around North America and this [Rogers Place] is pretty spectacular.”

“We have season tickets right here!” said the Edmontonian, as she checked out her season seats in the upper bowl together with friends.

With an estimated 60,000 people visiting Rogers Place over the course of the day, the energy inside — and outside — the building was awe-inspiring.

“This is absolutely the day I’ve been waiting for since I came home to Edmonton.”

“This is absolutely the day I’ve been waiting for since I came home to Edmonton,” said Vice President and General Manager for Rogers Place, Susan Darrington.

“It’s incredible. There’s so much excitement about Rogers Place.”

Not only are the fans excited to see Rogers Place, but Darrington expressed the shared excitement among the Rogers Place staff. 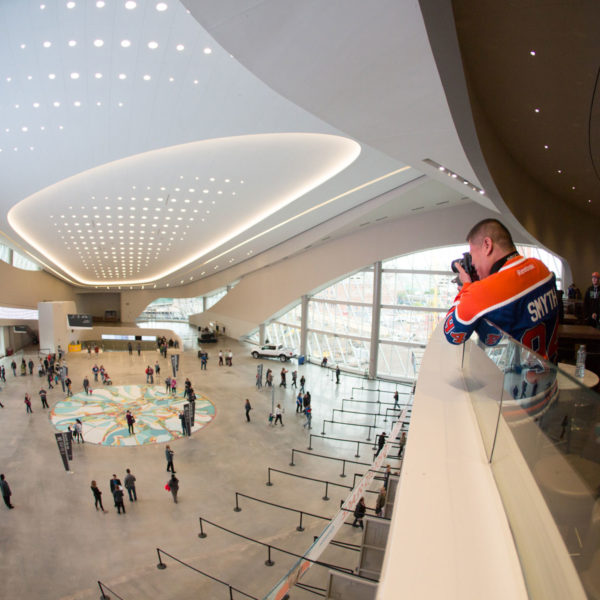 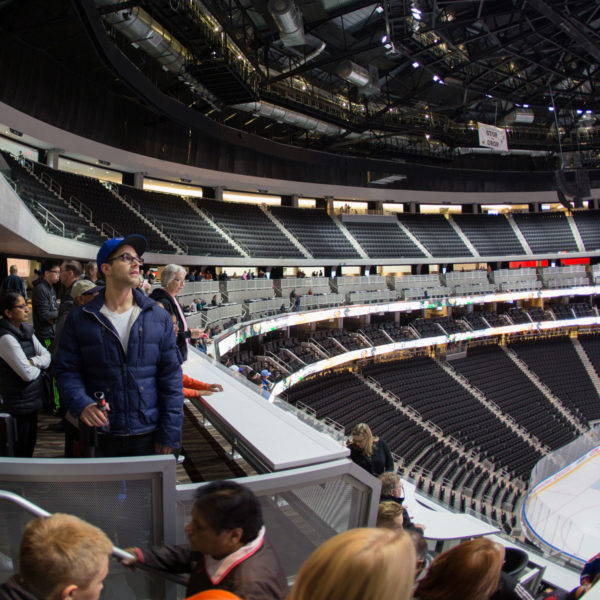 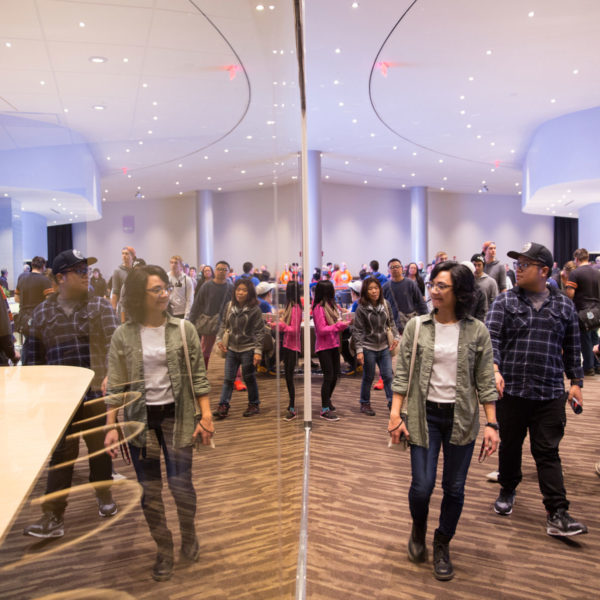 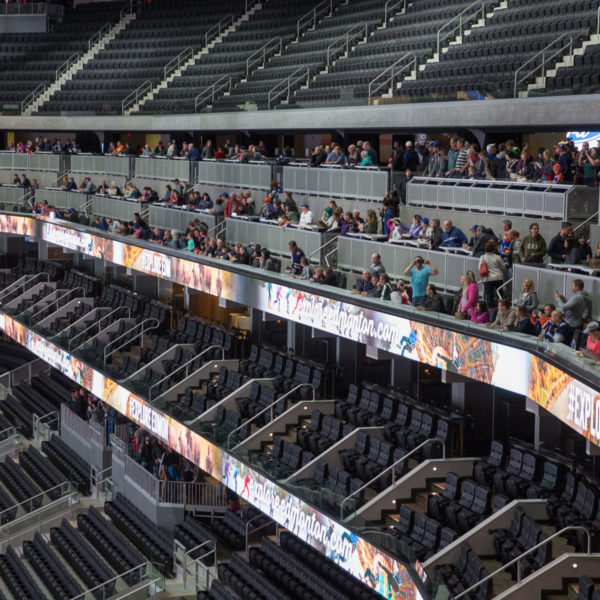 “Watching fans gather in Ford Hall and the building for the first time is absolutely what’s been motivating our staff and to get the building ready. We couldn’t be more excited,” Darrington added.

“Today is a great day for the city of Edmonton to be able to come into your new house, and for us to host it,” she added.

For the very first time, the city got a first-hand look at the future of Downtown Edmonton and ICE District — one that will bustle with energy and excitement, redefining the experience for those living, working or visiting Alberta’s capital.

WATCH: Rogers Place By The Numbers