As smoke filtered in from the tunnel, the 1984-85 Oilers, albeit a bit greyer than those days of their youth, filtered in as well — hoisting the Stanley Cup, passing it from teammate to teammate.

It was a blast from the past, and amidst the lights and smoke, you could say it was almost like a dream.

The 1984-85 Oilers were voted by NHL fans as the greatest team of the century. Such an honour demanded a big celebration, and Sunday evening in Edmonton provided just that. 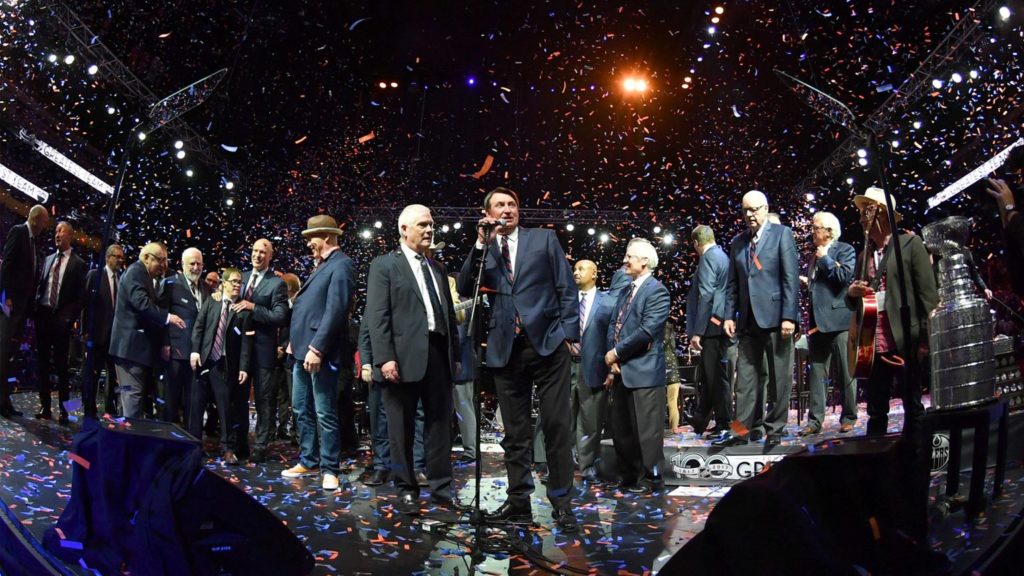 POSTS BY US & EDMONTON OILERS

From a heartfelt tribute to late teammate Dave Semenko, to an episode of Coffey Talk with the legendary #Oilers d-man, to a special presentation from the @NHL, the #NHLGreatestTeam Celebration was an unforgettable evening. https://t.co/qYyo2cgoUj 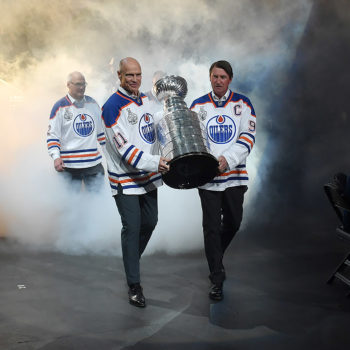 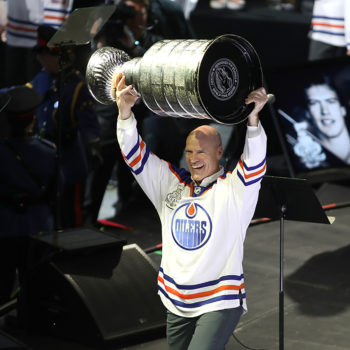 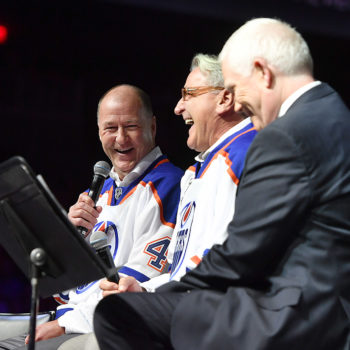 What a night in Edmonton. Honouring the NHL’s Greatest team as voted by the fans.
I kind of liked my line mates for the night too!#hodge#mansbridge pic.twitter.com/SJDtdlmm1N

That dynasty had 4 teams in the top 10. Amazing #NHLGreatestTeam #Oilers #Yeg pic.twitter.com/FziGbyt9um

The Greatest Team, @EdmontonOilers team of 84-85, being introduced at @RogersPlace. #yeg pic.twitter.com/sy1aUUkmaO

What an amazing event to be a small part of. Celebrating the ’84/85 @EdmontonOilers as the #NHLGreatestTeam was filled with big laughs, big names and a beautiful tribute to the late Dave Semenko. #ExploreEdmonton #yeg #Oilers @RogersPlace pic.twitter.com/XZb2U8YGX9
— Passports & Pigtails (@MomsWanderlust) February 12, 2018

This was a night to remember. @RogersPlace hosted a great night celebrating the oilers era of the 80’s.. particularly 84 / 85 .
We laughed, we cried , we applauded legends of the NHL. pic.twitter.com/uAfhGPjYJi

A dream come true…
True Greatness was in the building! Grew up watching this team and it was such an honor to see them in person for the first time! @EdmontonOilers @RogersPlace pic.twitter.com/hIGv9PLXUW