Following the electrifying Oilers Home Opener on Wednesday, Carrie Underwood kept the excitement going inside Rogers Place, bringing her Storyteller Tour — Stories in the Round to Edmonton on Thursday night.

Special guests The Swon Brothers and Easton Corbin opened up the night on the full 360-degree stage, which allowed the artists to interact with guests from every angle.

The Swon Brothers, Zach and Colton Swon, are recognized for their appearance on NBC’s The Voice — where they placed third as finalists. The brothers opened the night of country, playing songs from their new album, “Timeless.”

Florida native Easton Corbin followed, performing a 40-minute set, including “Are You with Me” and his number one hit “Roll with It.” After explaining that he lost a bet to his guitarist in a friendly fishing competition, Corbin performed a cover of Justin Bieber’s “Love Yourself” — a song selected by the guitarist. The crowd applauded as he performed the pop song with his country influence. “I think I pulled it off!” he laughed. Succeeding with the cover, Corbin ended with another one of his number one hits, “A Little More Country Than That,” and “Baby Be My Love Song.”

After a brief intermission, the house lights were brought down, while AC/DC’s “Back in Black” pumped up the crowd before the seven-time Grammy Award winner made her grand appearance.

Emerging from the centre of the stage, lifted onto a platform, the country star opened her set with “Renegade Runaway,” before being lowered to stage level. The Oklahoma icon strutted with confidence from end-to-end of the centrally-located stage, while boasting her powerful vocals. Smog machines, LED screens, and vibrant lights only added to the electricity that pulsed across the stage.

The 2005 American Idol winner was accompanied by a six-piece band that continued to engage the audience as they moved about the ‘in the round’ stage configuration. A rotating centre ensured that even the drummer was seen by every fan. 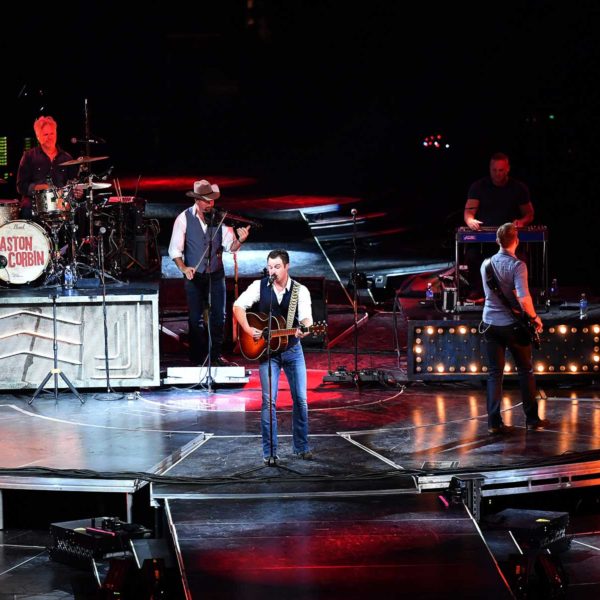 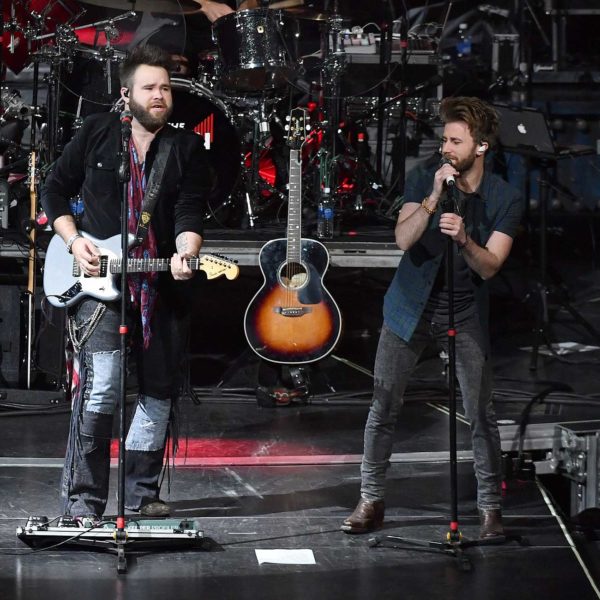 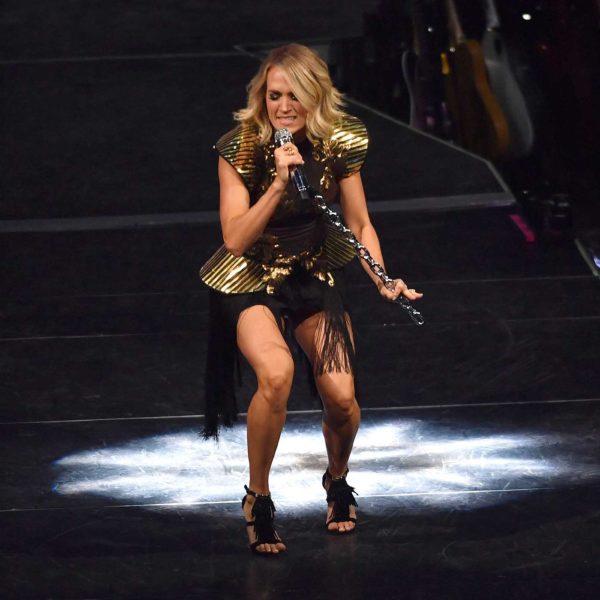 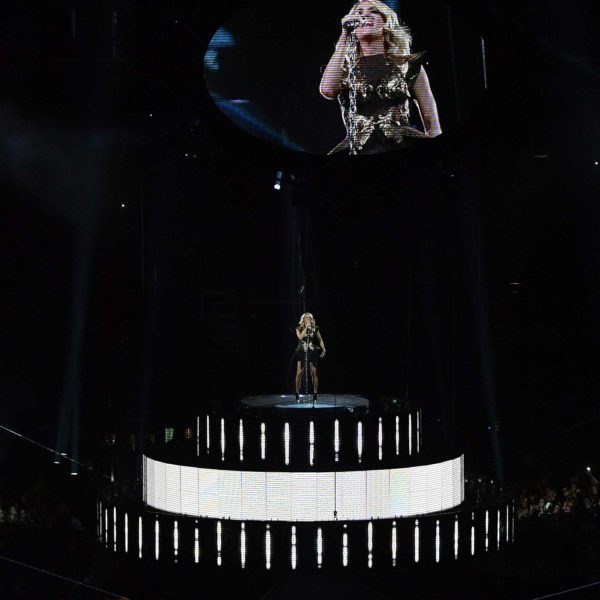 A highlight from Underwood’s emotional performance included “Jesus, Take the Wheel,” which peaked at number one on the Billboard Hot Country Songs after releasing her debut album “Some Hearts” in 2005 — the best-selling solo female debut album in country music history.

Later in the show, Underwood admitted Dolly Parton was one of her biggest idols, saying, “She just does everything so well, with so much heart, and so much passion.” In recognition of her idol, Underwood performed a heartfelt cover of “I Will Always Love You.”

Bringing the energy back up, Easton Corbin re-joined Underwood for a cover of Alabama’s “Mountain Music,” while sporting a McDavid Oilers t-shirt. The Swon Brothers also joined for the song, before Underwood closed her pre-encore set with “Before He Cheats.”

Returning to the stage for “Smoke Break” and “Something in the Water,” purple strobe lights and blue graphics gave a waterfall effect, as Underwood left Rogers Place with an epic finale.